Many of the police regulations particularly regulations 122, 123, 124 and 127 are overtly discriminatory to female police officers. 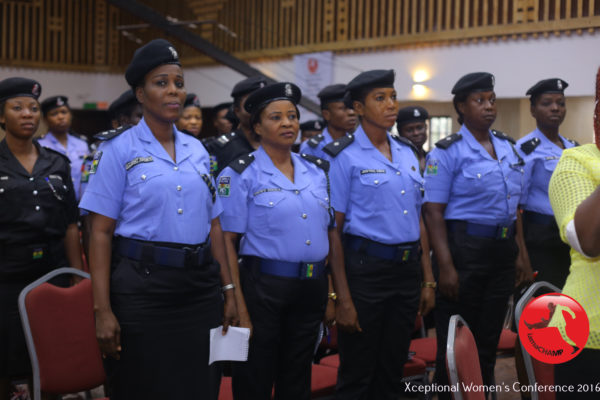 Move by the Senate to check discrimination against female Police officers, especially the Police Act which stipulates that an unmarried Police Officer who becomes pregnant shall be discharged from the Police Force, yesterday got a boost as a Bill to that effect scaled second reading in the Senate.

The Senate is also kicking against such an Act that any unmarried Police Officer who gets pregnant and dismissed can only be re-enlisted except with the approval of the Inspector-General of Police, IGP.

Resolution of the Senate was sequel to the Consideration of a Bill for an Act to Amend the Police Act CAP P19 LFN 2004 and expunge the gender discriminatory provisions of regulations 122, 123, 124, and 127 and for Other Related Matters, 2019(SB.87) and sponsored by Senator Francis Ezenwa Onyewuchi, Imo East.

In his lead debate on the general principles of the bill, Onyewuchi who noted that the bill was read for the first time on Oct. 10, said that that the bill sought to expunge the provisions of regulations122, 123, 124 and 127 from the principal act.

” It also stipulates that a policewoman who is single at the time of enlistment must spend three years in service before applying for permission to marry.”

The Senator who enumerated the duties of the police to include prevention and detection of crime, apprehension of offenders, preservation of law and order among others, said, “However, an analysis of the Police Act and other regulatory/policy documents governing the internal and external workings of the Nigeria Police Force reveals a preponderance of discriminatory regulations and workplace practices that reinforce gender discrimination. ”

Many of the police regulations particularly regulations 122, 123, 124 and 127 are overtly discriminatory to female police officers.

He further said that specifically, the current regulations stated that “a woman police officer who is desirous of marrying must apply in writing to the commissioner of police for the State Police Command in which she is serving, requesting permission to marry.

She is to also give the name, address and occupation of the person she intends to marry.” He explained that there was a need to expunge the regulations as it was not reasonably justifiable in democratic states like Nigeria which had domesticated the African Charter on Human and People Rights.

In his contribution, Senator Istifanus Gyang (PDP-Plateau North) said that the bill has widened the scope of mainstreaming women rights in the country’s statutes, said that exposure to discrimination was one of the factors that were used in rating and ranking the country on the index of best and worst countries for a woman to live in.

He said, “It is said that women’s rights such as protection from sexual harassment, right to vote and be voted for, right to hold public office etc are today a reality.

“The quest for gender equality and equity in our clime will be further strengthened by the passage of this bill,” he said.

On his part, Senate Minority Leader, Enyinnaya Abaribe who noted that amending the law would give dignity to the female folk, said, “It is very strange to find such provisions in the Police Act which is discriminatory in the sense that the male counterparts don’t have the same restrictions.”

In her contribution, Senator Stella Oduah (PDP-Anambra North) urged the senators to give the bill accelerated second reading.

Also contributing, Senator Smart Adeyemi (APC-Kogi West) said that Nigeria is a democratic society and there should not be any provision that made women be seen as a second class citizen.

In his remarks, President of the Senate, Senator Ahmad Lawan referred the bill to the Senate Committee on Police Affairs and report back to the chamber in four weeks.