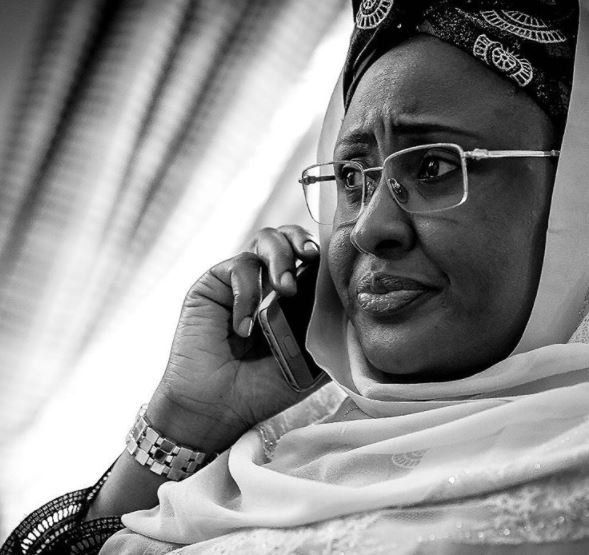 Aisha Buhari
Aisha Buhari, wife of President Muhammadu Buhari, has opened up on why she can't stop speaking against things going wrong in her husband's government.
She revealed that she doesn't have intimate conversations in bed with her husband owing to a lack of time.
She said it is the reason she keeps ”talking”.
Speaking when she featured on Journalists Hangout, a programme on Television Continental (TVC), the first lady said this is so because they are busy tending to national issues.
Aisha, who often gives her opinions on national issues, was asked if she gets to raise some of these matters with the president during “pillow talk”.
“There is no pillow in the villa,” she answered with a smile.
She was also asked “not even in the other room”, an allusion to her husband’s statement in 2016 that “she belongs in my kitchen and my living room and the other room”.
She again, replied “no”.
According to her, their tight schedule has deprived them of such moments.
She added that if members of the cabinet carried out their responsibilities as expected, then she and her husband can rest, and she would not have to keep on commenting on issues.
“There is no pillow in the villa. No, because we are always busy listening to one story or another. I think the people he put in the cabinet, they should just sit up and do the needful. That is why it is not good to have godfatherism,” Aisha said.
“We just have to choose the right people to be at the right place so that we would rest, so that the first lady should stop talking.”
Top Stories