Pastor Adeboye Donates 60% Of His Income To Charity


It has been revealed that the general overseer of The Redeemed Christian of God, donates 60% of his income to charity. 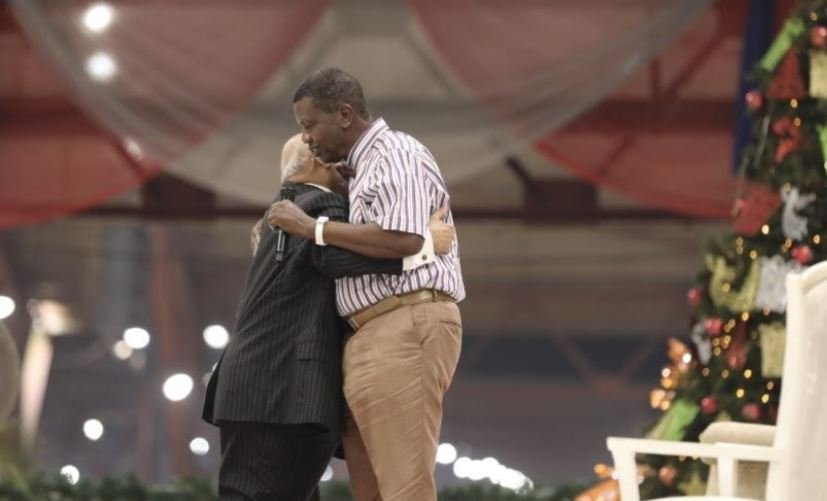 Pastor Enoch Adeboye
Enoch Adeboye, the general overseer of The Redeemed Christian of God, donates 60% of his income to charity, according to information revealed by Stephen Rathod, the senior pastor of The Covenant Family Church in Oklahoma, USA.
The report by TheCable revealed that Rathod was speaking on Thursday which marked the fourth day of the 2019 annual Holy Ghost Congress at the Redemption Camp.
“I have served for 40 years! I am Daddy GO’s host; I was his bag boy; I picked his bags and put them in his car. I was his driver, his dry cleaner, and his secretary – calling people, setting up meetings,” he said on Thursday night.
Rathod was in the hotel room of Josiah Akindayomi, Redeemed’s founder, in Tulsa, where he announced Adeboye as his successor.
“In the early 1980s, all the children who hang around the camp, they were rich kids. They all schooled in England, but my children stayed at home,” Rathod said, explaining the challenges Adeboye faced.
“Every morning when we had family meetings – Mummy GO, Daddy GO, myself and the children, we cried and prayed.
“And this is what the Lord said: Let us continue to live holy, let us continue to serve God for a day will come, my children will not only go to England they will go to all over the world! Look now, what the Lord has done!”
Addressing the congregation, Adeboye spoke on the need for prayer.
“There is casual prayer; the kind of prayer we pray when we are tired or when we are in a hurry,” he said.
“There is regular prayer, called the Lord’s prayer in Mathew 6: 6- 13. That is the prayer most Christians pray.
“Desperate prayer is the one used by people in desperate need for help. It doesn’t follow the protocol; it is urgent and intense.
“Desperate prayer is forceful, violent and it is answered quickly. It arrests the attention of heaven; the attention of the one who never fails.”
He narrated how he prayed for his life to be taken if he would be an ordinary pastor.
“One night – I remember that night like yesterday – I prayed: “Father, I surrender all; it is only you now; that is all I want. I don’t want to be an ordinary pastor.
“Please, I am not seeking anything else. Not seeking for gold, not seeking for clothes, not seeking for fame; I want you to empower me so I can do this work. And if you are not going to do it, take me away.
“That day, He answered, and there was a tremor in the Camp. The tremor went as far as Ijebu Ode where pictures that hung on the walls were dropping.”
Other guest ministers at the congress included Mercy Ezekiel, Felix Omobude, leader of the Pentecostal Fellowship of Nigeria, S.K. Abiara and Wale Oke.
Top Stories