After his outburst at being substituted, Ozil will face some level of discipline, said Arsenal interim coach. 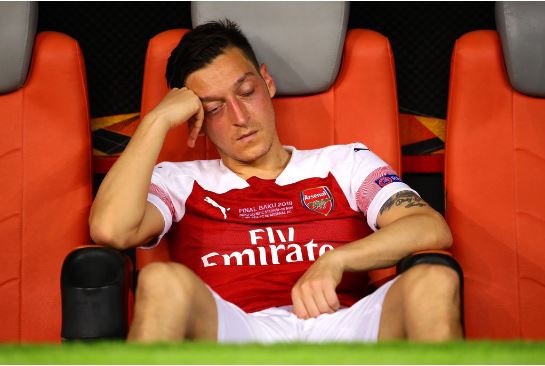 Arsenal’s interim manager, Freddie Ljunberg, has said he will deal with the Mesut Ozil situation later, after the German reacted angrily to being substituted in their 3-0 defeat to Manchester City.

Ozil left the pitch to boos from home fans, as he was taken off in the second half.

By that time, the Gunners were well beaten, after two goals from Kevin De Bruyne and one from Raheem Sterling. Ozil trudged off the pitch, removed his gloves and kicked a bottle of water up into the air.

“I took Mesut off because I wanted some more energy in the team.

“How he reacts is up to him and we will deal with it later.

“I’m here on a day-to-day basis but of course we want players in the right way,” Ljunberg told reporters at the Emirates.