Three Nigerian celebrities have been exposed for misleading other women and then secretly going back to enjoy the same thing they asked other women to avoid. 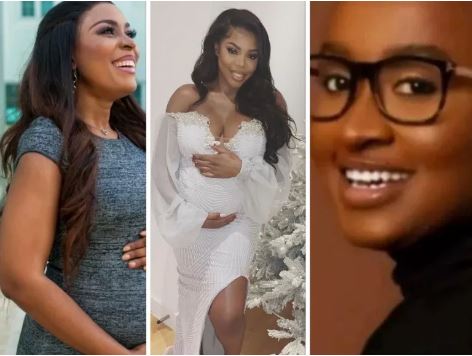 Linda Ikeji, Grace Ajilore and Gloria Osei
Celebrity blogger, Linda Ikeji, YouTube Vlogger, Grace Ajilore, and business woman, Gloria Osei are on the hot seat this morning after being called out on social media for misleading their fellow women.
It all started after news broke that Grace Ajilore is expecting a baby with a man she’s allegedly not married to.
Many of her female followers expressed disappointment at her for getting pregnant allegedly out of wedlock after leading many of them into hating men via her YouTube channel.
They also got reminded of how Linda Ikeji preached celibacy only for her to “fall pregnant” for Jeremy Sholaye who has since refused to acknowledge the baby named Jayce Jeremy.
During the period she was pregnant, Linda Ikeji reacted to the backlash she received from fans by saying:
“I preached celibacy to young girls because I feel that’s the right way to live until you meet someone very special that you love and who loves you and wants to be in a committed relationship with you. Passing body around and having multiple partners is not the way and I stand by it. 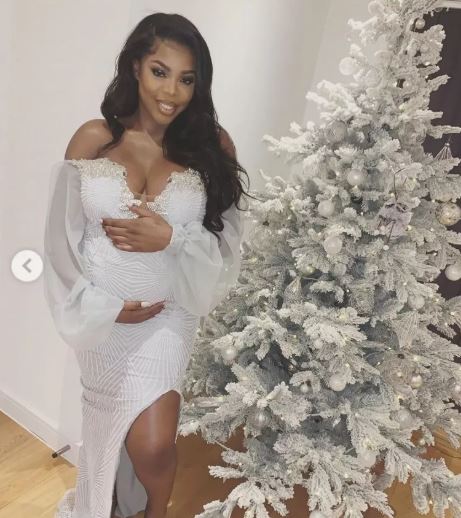 Grace Ajilore
“And I’ve lived by it. But then I turned 36 and I knew there was nothing else I wanted more than to be a mum & wife and celibacy wasn’t going to get me that! I even did a video talking about how much I wanted these two things and God has finally answered my prayers. Beyond blessed.”
Next in line is Gloria Osei who is known for her feminist ideas on social media. It was shocking when fans realized that all the period she was dishing out comments seen as man-hating, she was married to business partner, Muyiwa Folorounsho.
Nigerians have called the celebrities out on Twitter to stop leading women astray and let women choose for themselves.
Social media users took to twitter to blast the trio.

Grace Ajilore and Linda Ikeji are like Nigerian politicians, they'll tell you not to eat foreign rice in public but their food stores are filled with foreign rice. The smiles on their faces say it all😁😂😁😂 pic.twitter.com/oT4y8p0EwU

Linda Ikeji preached celibacy so tey, she FELL pregnant, Glory Osei was forming feminist that hates men only to realize that she is married. Now, Grace Ajilore that is always setting standards and screaming "Men are scum" is pregnant. The internet is a very interesting place.

Nothing musa no go see for gate pic.twitter.com/xFTvNPl1QT

I wonder what feminists will do with their life now that their bosses have failed them. 🤭

Linda Ikeji a.k.a “aunty celibacy” ended up being pregnant

Grace Ajilore a.k.a “men are scum” is pregnant.

Ariana, ts that f*ccking just that just happened.. that Grace Ajilore girl don get belle. You sef said how? Someone that said men are this, men are that.. you remember Linda ikeji too na.. Ariana, bottom line is.. sex is sweet and it is inevitable. Gbo gbo won lo feran preek! https://t.co/imja2VBKlF

They felt Pregnant😂😂😂 Holy Dick is a Bastard #Burnaboy pic.twitter.com/rUhKdsU0Qa