Arteta is expected to be announced as the Gunners’ permanent manager, following Unai Emery’s sack as manager. 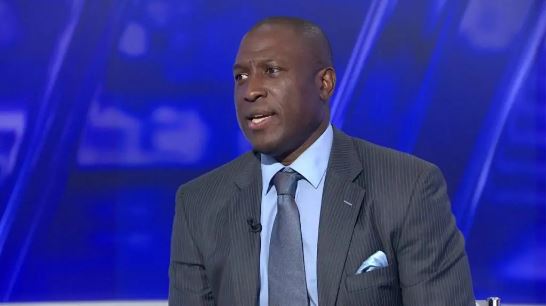 Former Arsenal striker, Kevin Campbell has claimed that Manchester City’s assistant manager, Mikel Arteta is not the right man to take charge at the club.

Arteta is expected to be announced as the Gunners’ permanent manager, following Unai Emery’s sack as manager.

But Campbell thinks Arsenal’s hierarchy are desperate, adding that they should appoint an ”experienced and top manager” instead of the Spaniard.

Speaking on the development, Campbell told Sky Sports, “I think Arsenal are desperate, I’ve got to be honest with you.

“The way things never panned out with Unai Emery and the way the results are going, obviously against Manchester City the last game, it was a bit of a football schooling.

“It looks like the club are doing what they think is right, which is all they can do I suppose.

“But it begs the question that it just creates more questions.

“Why does a club like Arsenal not go for somebody who’s really experienced and a top, top manager?

“Are they doing things on the cheap? Or are they trying to do a new vision?”

In other news, Arsenal are expected to confirm Mikel Arteta as their new manager, before their trip to Everton in the Premier League on Saturday, the UK Mirror reports.

Arteta has agreed a three-and-a-half years contract with the Gunners.

The 37-year-old will earn £5million annually at the Emirates, the same wages Unai Emery was on.

Arsenal will also pay a seven-figure sum in compensation to Manchester City, to secure Arteta’s release.

He is still expected to travel to Oxford for City’s Carabao Cup final clash on Wednesday morning, but he has the club’s blessing to move on.