Popular Nigerian singer, Burna Boy has revealed how his song 'Ye' was inspired by Shina Peller. 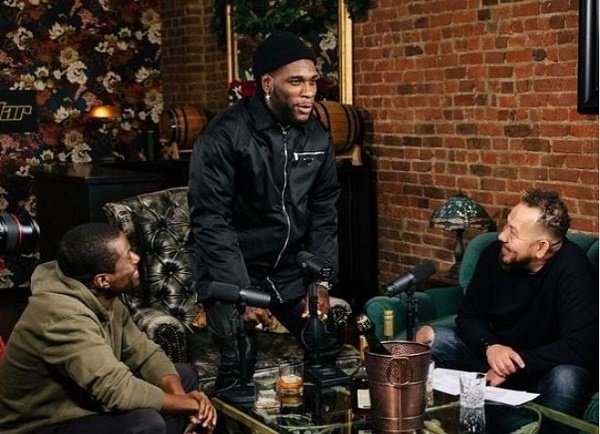 Damini Ogulu, award-winning Afro-fusion sensation better known as Burna Boy, has revealed how ‘Ye’, one of his biggest hits, was made at Quilox in Victoria Island, Lagos.

The Grammy nominated-rapper brought this revelation to light during a chat with Elliott Wilson and Brian ‘B.Dot’ Miller on TIDAL’s Rap Radar podcast.

Burna Boy said he was catching fun at the club, owned by Shina Peller, lawmaker representing Iseyin/Itesiwaju/Iwajowa and Kajola federal constituency at the house of representatives, when Peller approached him to work on a song.

The music star said he had laughed off the idea, but the lawmaker insisted, after which he later agreed.

He disclosed that he then went inside a recording studio — situated inside the club — alongside his producer where he made the song under 10 minutes.

“It’s so funny. I had finished doing the ‘Outside’ album, and then I had just bought a Bentley, so I was in the club almost every other day,” he said when asked how he came about the song.

“Right. I was in this club called Quilox; the owner is my friend, named Shina Peller. He just comes up to me and he knew I was gone already. So he pulls up on me and he’s like, ‘You my guy, upstairs just made this beat, I’m telling you, this is yours.’ I’m like, ‘Bro, you should not have brought up this rubbish.’

“Yeah. It’s while the music is everywhere and he’s telling me this in the ear, like this, you know. He made them put the beat on his phone.

“First we go outside of the restaurant and he plays it in my ear, because I got hungry. Everything was in the club, you know. There’s a restaurant right there, the studio is upstairs, it was a nice setting.

“So anyways, eventually we go upstairs and then I start recording. The producer is there waiting, it didn’t take 10 minutes you know? I spent the rest of the time listening to it. That’s how I made ‘Ye’ in the club.”

‘Ye’, which was the sixth single from ‘Outside’, Burna Boy’s third studio album, has enjoyed a remarkable run, racking up several awards.

Rihanna, Barbadian singer, was among those who expressed delight with the song, after she was spotted jamming to ‘Ye’ in September.