While the warrant was sent to Interpol by Nigeria, the vacating order was not transmitted to the global body. 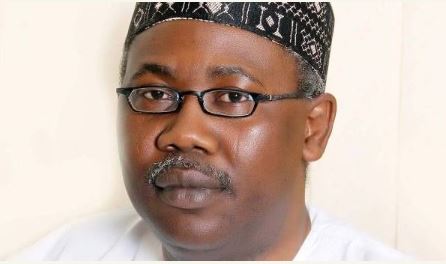 Mohammed Bello Adoke, former attorney-general of the federation and minister of justice, has left Dubai, United Arab Emirates, for Nigeria after a five-week legal deadlock.

He had been arrested by Interpol on arrival in Dubai on the morning of November 11 when he went for his medicals.

Interpol was executing a warrant of arrest issued against Adoke — even though it had been quashed.

Although the high court of the federal capital territory issued the warrant on April 17, 2019 based an application by the Economic and Financial Crimes Commission (EFCC), the court vacated the order on October 25, 2019.

While the warrant was sent to Interpol by Nigeria, the vacating order was not transmitted to the global body.

The Interpol had requested Adoke’s lawyers to get the Nigerian authorities to attest to the vacating order but Abubakar Malami, the attorney-general of the federation, refused to endorse the documents, effectively leaving his predecessor in limbo.

TheCable understands that frantic efforts made by the EFCC to get Adoke extradited to Nigeria failed because the request did not meet the legal threshold.

To sidestep the vacated warrant of arrest, the EFCC also looked at the option of activating the judicial agreements signed in October 2018 between Nigeria and UAE.

Again, the EFCC was unable to pursue that line of action because it has to go through court processes in UAE.

With the logjam running into weeks, Adoke has opted for voluntary return to the country, repeating an offer he had made to Interpol when he was arrested, sources informed TheCable.

The police in Dubai, in a document seen by TheCable, tried to distance themselves from his return to the country.

The undertaking signed by Adoke with the police read: “I would go to NIGERIA authorities to solve my problem, and without any stress or pressure from Dubai Police or anyone.”

This was apparently because there was no legal basis to return him to Nigeria.

Adoke was asked to pick the date of his return to Nigeria and buy the ticket, sources said.
TheCable understands he bought the Dubai-Abuja ticket on Monday for the Thursday flight and is expected to arrive in the afternoon.

Adoke has always maintained that the EFCC case against him is political, that he did nothing wrong in the OPL 245 affair.

In his book, “Burden of Service: Reminiscences of Nigeria’s Former Attorney-General”, he said all he did was to give legal advice on the validity of a court-ordered settlement in 2006 between the federal government and Malabu over the disputed all block. In 2017, he went to court to seek a judicial pronouncement on his involvement, and the court ruled that he cannot be held liable for carrying out lawful presidential orders in accordance with certain sections of the constitution. The government did not appeal against the judgment.

Although the EFCC also charged Adoke to court for alleged money laundering, he maintained in his book that he did no wrong and that the transaction in question was a failed mortgage deal that took place more than two years after the Malabu/Shell/ENI transaction.

The EFCC is insisting that the mortgage was a bribe because the developer was Alhaji Aliyu Abubakar, who is also on trial over allegations of sharing bribes in the OPL 245 affair.

The EFCC and the police had conducted extensive searches of Adoke’s houses in Kano and Okene , Kogi state. Nothing was reported found.

Two people who testified before a Milanese court trying Shell and ENI over allegations of sleaze in the OPL 245 appeared to absolve Adoke of partaking in the reported bribery scheme.

Ednan Tofik ogly Agaev, a former Russian ambassador to Colombia, said he was pressured to mention a name in his interrogation by the FBI — he randomly mentioned Adoke. He refused to adopt the statement he made to FBI in court.

Mr Vincenzo Armanna, a former ENI manager who is also on trial, told the same court that, in fact, Adoke threatened to arrest and prosecute ENI officials for negotiating kickbacks in the deal now regarded as the biggest corporate sleaze in history.

Adoke left Nigeria in June 2015 after the expiration of the tenure of President Goodluck Jonathan and enrolled for an advanced LLM in public international law with specialisation in international criminal law at the University of Leiden, the Netherlands.