Ozil joined Arsenal from Real Madrid in 2013 and has played over 200 times for the Gunners. 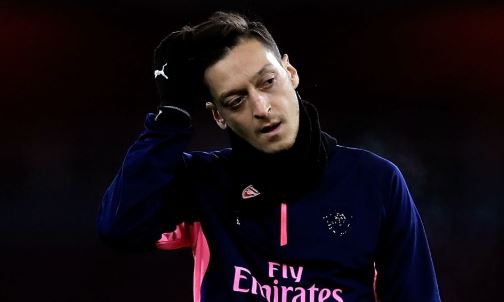 Arsenal playmaker, Mesut Ozil, is expected to join Fenerbahce in January, according to Fotomac.

Ozil is unhappy at the Emirates and he could leave on a loan deal.

It is believed that a deal to bring the German to Turkey is “very close”.

Ozil joined Arsenal from Real Madrid in 2013 and has played over 200 times for the Gunners.

The news comes amid speculation that captain Pierre-Emerick Aubameyang is desperate to leave the Emirates, as the club prepares to announce Mikel Arteta as their new manager.

Arteta’s first job will be to convince some of the club’s biggest players, including Aubameyang, Alexandre Lacazette and Granit Xhaka, to buy into his project and commit their long-term futures to Arsenal.

Aubameyang is unsettled at Arsenal and considering a move away when the transfer window opens in January.

PDP Senators Plan Against Confirmation of Yakubu as INEC Chairman