Tekno just released the visuals of his new song titled 'Suru' but something has caught the attention of the audience. 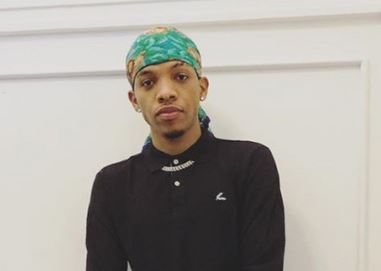 Augustine Miles Kelechi popularly known by his stage name Tekno has been engulfed in different controversies after recovering from a throat infection which hampered his career in the last two years.

He seems desperate to claim his spot as an A-list singer/performer in the Nigerian music industry which is highly populated and competitive.

In the video of one of his comeback songs titled 'Agege' featuring Zlatan Ibile, he paraded half-naked women who danced in a transparent moving truck on the streets of Lagos which attracted a backlash from residents and the government.

The desperate Tekno who was later invited by the police concerning the issue seems to be back again with another controversy designed to attract undue public attention. In the just-released video of 'Suru', over 15 ladies appeared in the pop song wearing mere panties and showcasing their n*ked breasts before the camera with their bodies smeared with mud.

The 27-year-old former Made Men Music signee danced around the semi-unclad women in the video as they giggled their mammary glands around him. Since the video surfaced on YouTube about 7 hours ago (press time), viewers have been complaining about the explicit nature of the content.

In recent times, video vixens have been engaging in questionable acts in music videos depending on the money the music artiste has got to offer.