Granit Xhaka Has Told Arsenal Team-mates He Is Leaving


A deal would likely be a loan for the rest of the season with an option to make the move permanent in the summer. 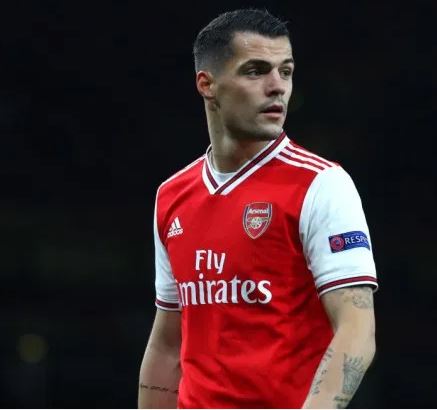 Granit Xhaka has reportedly told his Arsenal team-mates that he will be leaving the club and a return to the Bundesliga in January is increasingly likely.

The Swiss midfielder has been cut adrift at Arsenal since his clash with fans when he was substituted against Crystal Palace in October. Xhaka was stripped of the captaincy at the club and has made just three Premier League appearances since.

An exit has looked likely and German publication Bild reports that he has already informed his team-mates that he will be leaving as soon as possible.

Sky Germany report that Hertha Berlin have made Xhaka their number one priority in the January window and that general manager Michael Preetz has been in England to discuss the move.

Swiss newspaper Blick report that Hertha have already made an offer for the 27-year-old, with manager Jurgen Klinsmann looking to recruit ‘Champions League level players.’

A deal would likely be a loan for the rest of the season with an option to make the move permanent in the summer.