Sanusi, however, requested for further directives from Governor Ganduje regarding the appointment of other members of the council. 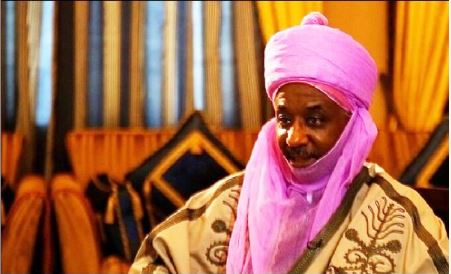 The Emir of Kano, Mohammadu Sanusi II, has finally deferred to Governor Abdullahi Ganduje’s request to chair the affairs of the state Council of Chiefs.

Recall that on December 9, Mr Ganduje had announced the appointment of Mr Sanusi as the council chairman and directed him to “immediately summon the inaugural meeting of the Council in accordance with the provisions of the Law.”

In the ultimatum letter, the governor stated that, “the acceptance or otherwise should reached (sic) His Excellency the Executive Governor of Kano State within two days of the receipt of this letter”.

However, barely 24 hours after the issuance of the ultimatum, the emir accepted the appointment as contained in a letter dated December 19 and signed by the acting Secretary, Kano Emirate Council, Abba Yusuf, to the Secretary to the State Government.

In the letter sighted by DAILY NIGERIAN, the emir stated that he did not reject the appointment.

Mr Sanusi, however, requested for further directives from Governor Ganduje regarding the appointment of other members of the council.

According the emir, Mr Ganduje needed to issue another directive on appointment of staff of the council, provision of accommodation for the council secretariat and other logistics to make the council operational.