How many Nigerians know the implications of the politicians bent on politicising Islam and Christianity? 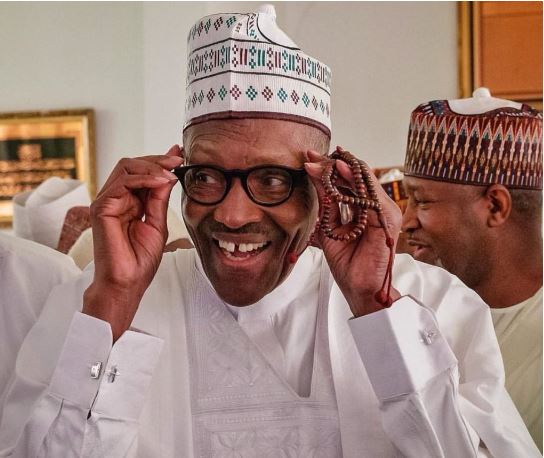 Sir: Jesus of Nazareth is the biological son of Joseph and Mary. Jesus Christ, on the other hand, is the God incarnate, Son of the Virgin Mary. The benefit of following the former, according to Seef Konijn, in his The Bridge from Old to New in Christian Belief (1973), is that you are expected to emulate him, while Jesus Christ, who is God is Wholly Other.

I notice that 2003 to 2015 when Major General Muhammadu Buhari (GMB) was seeking to become Nigeria’s President, he was lamenting infrastructural decay. But, after getting power in 2015, his priorities changed to self-aggrandizement, the war against Boko Haram and protection of the Fulani herdsmen terrorists.

How many Nigerians know the implications of the politicians bent on politicising Islam and Christianity? The politicians know that once they settle the Pastors and the Alufas, those “men and women of God” will persuade Nigerians that they (the politicians) are trying and that Nigerians should be patient. That is how Nigerians have been allowing the unjustifiable war against the Boko Haram Islamic sect-community of men, women, and children that did not attack anybody until attacked by the presidency of Umaru Musa Yar’Adua, compounded by Goodluck Ebele Azikiwe Jonathan, and aggravated by GMB who adds protection of the Fulani herdsmen terrorists, raping, killing and sacking agrarian communities, 2015 till date.

Yet, I read that GMB, on Monday, December 9, 2019 “reiterated his government’s commitment to guaranteeing protection of the rule of law and sanctity of human lives.” Does he know the meaning of those words and expressions? Found out through his brutalities, including his lawlessness against Omoyele Sowore, et al.

GMB is now using all sorts of distraction to cover up his brutalities in the squandering of human lives and economic resources. In the course of degrading Boko Haram, he degraded Nigeria’s security and economy. He is dodging accountability for his petroleum ministry and recovery of looted funds. He has just given an extremely tall order to the Accountant General of the Federation (AGF), to give a daily account of income and expenditure.

How is that possible in a diverse and complex system, such as a whole country? Yet, I heard some local people on the University of Ilorin FM, saying exactly what the GMB’s foolery was calculated to generate, that GMB is an icon of transparency. That is the same GMB who doubles himself as the petroleum minister, and is recovering looted funds without accountability for anything to anybody. If GMB is an icon of transparency, he should order the AGF to account for what he (GMB) gulped when he spent more than hundred days and more than forty days in London, where he grounded the presidential jet with wanton abandon.
Prof. Ọlọjẹẹde Oyeniran Abiọjẹ wrote from the University of Ilorin.

What did GMB’s war against Boko Haram and the protection of the Fulani herdsmen terrorists cost Nigeria on daily basis, 2015 to date? Some unthinking people even lauded Ahmed Bola Tinubu as “a social transformer”, for demolishing people’s houses and shops as “shanties”, making Lagos look beautiful, artificially, with open defecation and acute shortage of pipe borne water. How can people get good leaders, when they don’t even know what to hail and what to condemn? That is why Nigerians are extremely easy to fool.

That is why Charles Oputa (Charley Boy) used the adjective Mumu (idiots, in American parlance) to describe them. GMB ordered the AGF to give daily accounts of income and expenditure as if Nigeria were a simple shop and GMB is eulogised as a saint for that foolish order. God have mercy on Nigeria.