The moment Sambo Dasuki walked into his house for the first time in four years has been caught on camera. 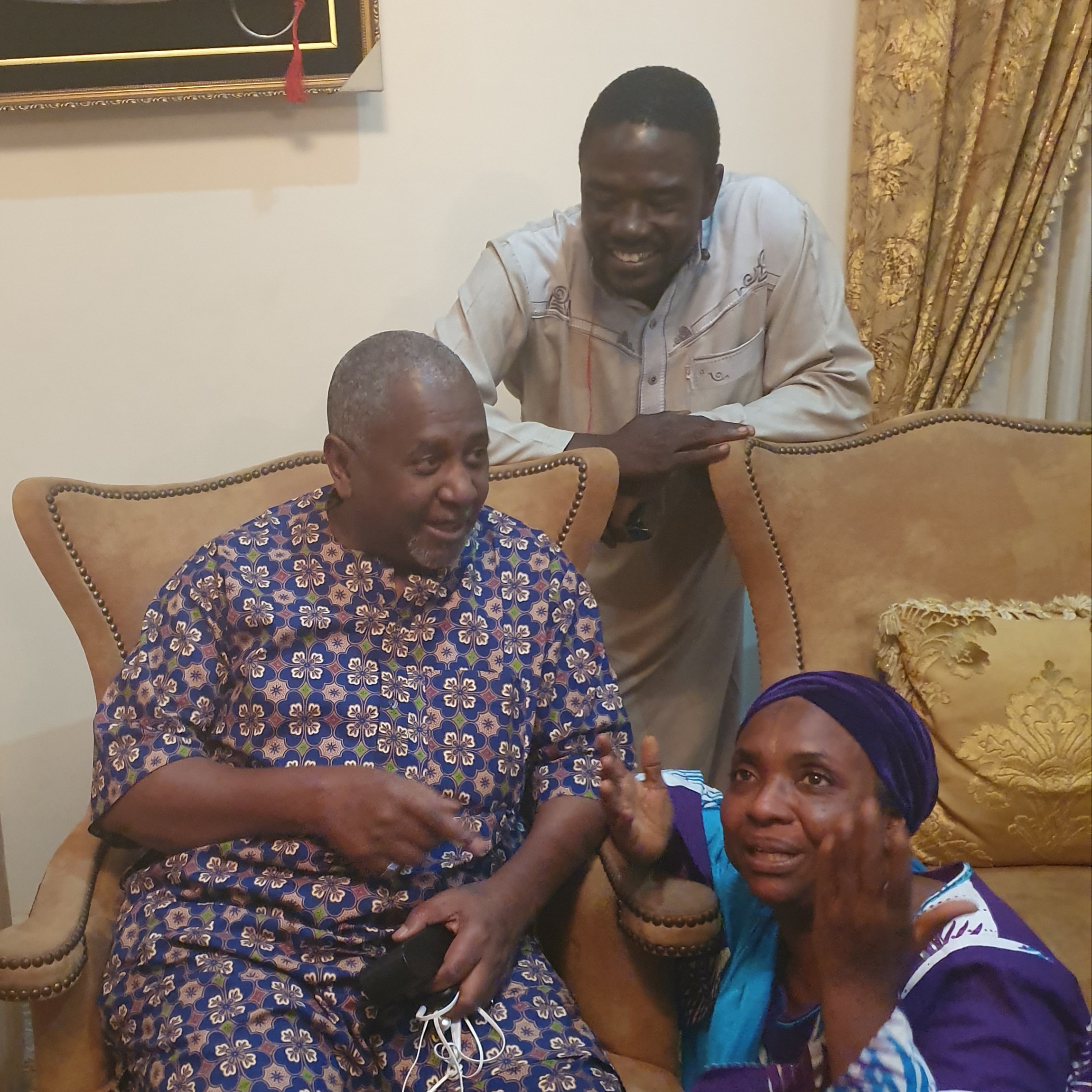 Dasuki with his family

A video of Sambo Dasuki, former national security adviser (NSA), walking into his residence after regaining freedom is circulating on social media.

The former NSA had been in custody of the Department of State Services (DSS) since  2015. The federal government had arraigned him over alleged money laundering and criminal breach of trust.

He was accused of diverting funds meant to procure arms for the fight against insurgency and denied freedom despite being granted bail by different courts.

But on Tuesday, Abubakar Malami, attorney-general of the federation, ordered his release and the DSS complied hours later.

In a 19 seconds video, the former NSA was seen surrounded by people as he walked into his Abuja residence. A male voice was heard saying: “Congratulations, sir”, just as woman said: “Allahu Akbar.”

With their phones, two young men stood in front of the door to take photographs and video recordings of Dasuki walking in.

VIDEO: The moment Dasuki walked into his house for the first time in 4-years pic.twitter.com/Qx61QYQBpf