Revealed: Humanitarian Minister In Trouble As Her Ministry Is Placed Under Strict Monitoring...See Why


The Nigerian Minister of Humanitarian Affairs has fallen in trouble with the Presidency as her ministry is placed under strict monitoring. 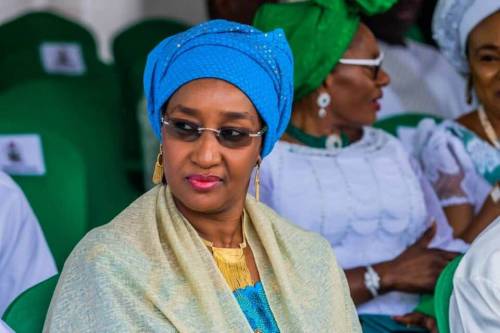 The Office of the President has reprimanded Minister of Humanitarian Affairs, Disaster Management and Social Development, Sadiya Umar Farouq, for her excessive use of power, abuse of office and employment of staff beyond the financial capacity of the ministry.

SaharaReporters had reported how Farouq refused to approve the payment for the National Home Grown School Feeding Program for Lagos, Imo, Kogi and Benue states.

This stopped the planned commencement of the programme in Lagos in October 2019.

Staff of the ministry had also lamented her overbearing exercise of power, claiming that she runs the ministry like an emperor.

According to inside source, the Presidency was shocked to learn of how she runs the affairs of the ministry and sent a senior officer to call her to order.

Sources revealed that Farouq has employed under her services retinue of support staff and aides beyond the allowances and approval of the government.

“She is technically servicing the emolument and allowances of the aides through funds of the agency, since she is unable to get approval of parliament of executive for such unprecedented number of aides.

“These are way far beyond any other official of government except the President,” sources revealed.

It was gathered that Farouq denied the act when confronted with the allegations, claiming that the individuals “only chose to address themselves by the appellation and it wasn’t with her blessing”.

She was subsequently reprimanded for exposing government offices and appointments to whims and caprices of unauthorised persons.

As a means of cautioning her, the Presidency placed the minister under strict monitoring to avoid her causing the government unexpected embarrassment.

Recall that she had also refused to approve payment for N-power beneficiaries for the month of October and November, prompting the intervention of the Presidency before the beneficiaries were paid.

Since taking full control of the program, Farouq has since refused to release funds for the operation, impress, allowances and payment for services at the expense of different beneficiaries of programmes.