The woman is facing charges of money laundering, organized fraud and exploitation of an elderly person. 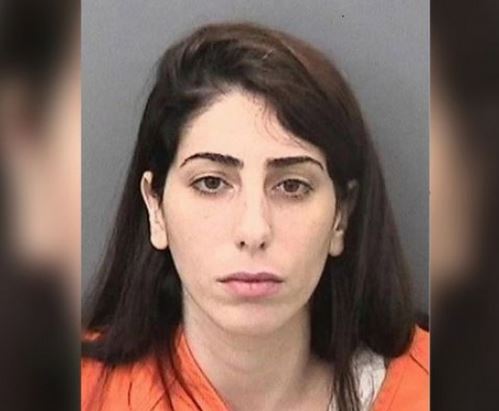 A newly married 26-year-old woman has been arrested on charges alleging she tried to cash almost $1 million in checks from her 77-year-old husband's account.

Lin Helena Halfon was arrested earlier this month at Tampa International Airport. She is facing charges of money laundering, organized fraud and exploitation of an elderly person. During her first court appearance, a judge set her bail at $1 million.

The Tampa Bay Times reported that when her husband, Tampa businessman Richard Rappaport, was notified by investigators about what his wife was doing, he said wanted to give his wife the benefit of the doubt, according to a warrant affidavit.

He said he didn’t want her to be deported to her native Israel.

An Amscot employee in Tampa refused to cash the checks. Eventually, two checks worth about $666,000 were cashed by an Orlando business.

Asked later if he felt he was the victim of fraud and fraud, Rappaport told investigators, “yes,” according to the arrest warrant.

Halfon and Rappaport were married in August in Sarasota.

Rappaport's daughter, Dayna Titus, said in an arrest affidavit that family members were unaware of the marriage.

“Titus believed that Halfon was ‘conning’ Rappaport due to his age,” FDLE Special Agent Victoria Morris wrote in the affidavit.