Witnesses said neighbours were able to chase the gunmen away and got one of them arrested. The name of the arrested suspect was given ad Victor John. 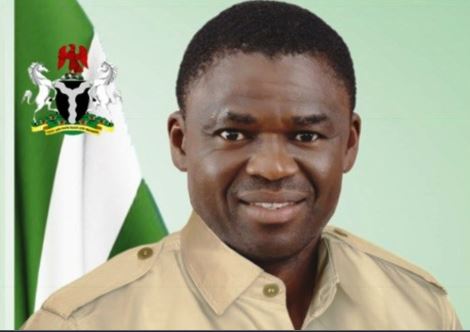 Shaibu who hails from Jattu in Estako West local government area, built his country home opposite his family house. It was gathered that residents in the house were sleeping when the gunmen struck. Witnesses said neighbours were able to chase the gunmen away and got one of them arrested. The name of the arrested suspect was given ad Victor John.

Police sources said Victor named other suspects to include Uche Ogoke, Monday Kingsley, Pius Lucky and Sunday Goodluck. The source said all other suspects were arrested at different locations while items such as a cut to size locally made gun, battle, gun powder and weeds suspected to be Indian hemp were recovered from the suspects. One of the suspects identified as Emeka however escaped. A family source said it was policemen at Shaibu’s residence that arrested Victor after the hoodlums scaled the fence.

The source said Victor thereafter led them to his house where other suspects were arrested.

When contacted, Shaibu confirmed the incidence and said the suspects were already making statements at the police station. It was learnt that the suspects were being transferred to the State Criminal Investigation Department (SCID) for further interrogation.