Owolabi disclosed during interrogation that he decided to use his girlfriend for money rituals due to the financial state of his family. 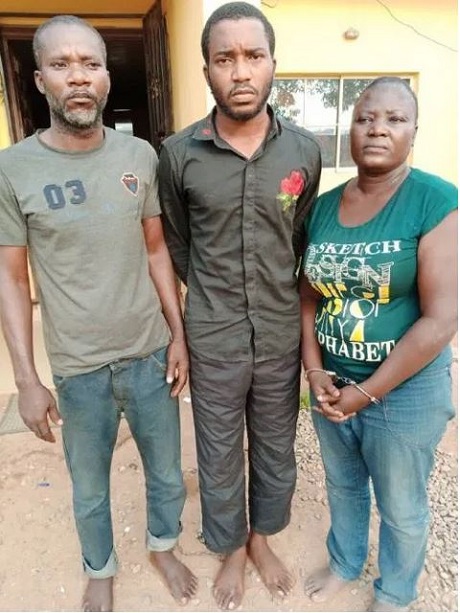 The killer of the 400-level LASU student, Favour Daley

Fresh facts have emerged on how Favour Daley-Oladele, a final year student of the Lagos State University, LASU Ojoo, who went missing on December 8, 2019, was killed.

This followed a startling revelation of how her boyfriend, Adeeko Owolabi, allegedly connived with a self-acclaimed pastor to kill her for ritual purpose, in Osun State.

Owolabi, 23, his mother and Segun Philip, 42, have been arrested by the Police in Ogun in connection with the undergraduate’s death.

Owolabi disclosed during interrogation that he decided to use his girlfriend for money rituals due to the financial state of his family.

He further disclosed that he lured her to the Pastor’s church in Ikoyi-Ile, Osun State.

Explaining how she was killed, he said: “while she was sleeping, the pastor gave me a pestle to smash her head. Thereafter, he (Pastor) used a knife to cut off her neck. He ripped her chest and removed her heart which he used to prepare concoction for my mother and I.”

The Ogun State Police Public Relations Officer, DSP Abimbola Oyeyemi, confirmed the arrest. He said that the Ogun State Commissioner of Police, CP Kenneth Ebrimson, had ordered the transfer of the suspects to the Homicide Section of the State Criminal Investigation and Intelligence Department for proper investigation.