Man Stabbed To Death By Friend Over Shared Items In Rivers


The source said that the victim confronted his assailant to demand his full share, an action which sparked a heated argument. 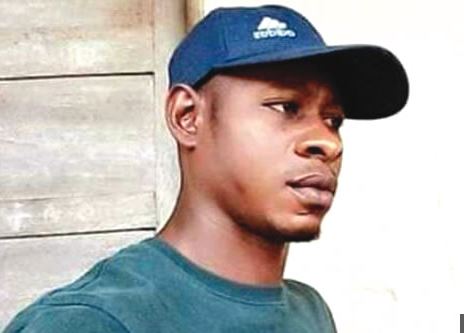 A 33-year-old man, identified as Igboghami Walter, has been stabbed to death over the sharing of some unnamed items.

Walter was said to have been involved in an altercation with his friend in the Omelema community in the Abua/Odual Local Government Area of Rivers State before he was stabbed to death on Sunday, December 29, 2019.

The victim, who hailed from Amalem in the Abua/Odual LGA, had visited his friend in the same community to demand his share of the items.

It was gathered that Walter claimed that his friend swindled him out of the items and took a larger portion, leaving him with a fraction of the goods.

Southern City News learnt that his assailant fled the scene after he noticed that Water had fallen to the ground and was in a pool of his own blood.

An eyewitness, who spoke on condition of anonymity, said the victim had complained of being cheated by his friend after they had shared among themselves some of the unidentified items.

The source added that the victim confronted his assailant to demand his full share, an action which sparked a heated argument.

He added that Walter was subsequently stabbed in the stomach with a knife.

The source said the victim was immediately rushed to the University of Port Harcourt Teaching Hospital for medical attention, but died on the way and his remains were deposited in the morgue by members of his family.

“He had earlier complained that his friend cheated him after they shared some items. I don’t know the items they shared, but it was when he confronted his friend to demand an equal share of the items that a quarrel started, which led to a fight and unfortunately, he was stabbed in the stomach by his friend.

“The victim collapsed and was later rushed from Abua to the University of Port Harcourt Teaching Hospital for urgent attention and treatment, but he died on the way.”