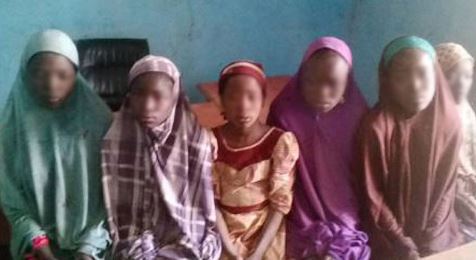 Six kidnapped victims were on Wednesday rescued by police after a gun duel with their abductors.

The spokesman of the state police command SP Gambo Isah said ” on 01/01/2020 at about 12:30hrs, a distress call was received that unrepentant bandits in their numbers armed with AK 47 rifles have kidnaped some women working inside a farm at Mata-Mulki village of Batsari LGA of Katsina state”.

“Operation Puff Adder led by DPO Batsari swiftly moved to the area. The team gave the hoodlums a hot chase into the forest and engaged them into a gun duel,”he said

” Consequently, the bandits abandoned the victims and ran into the forest. And the team succeeded in rescuing one Zahara’u Abdullahi, aged 16yrs and five other young women all of Mata-Mulki village of Batsari LGA of katsina state,”

“Also, on 2/01/2020 at about 03:00hrs, Police patrol team attached Faskari Division, responded to a distress call with a report that a group of armed robbers/cattle rustlers have attacked the house of one Ahmed Haruna, m, aged 30yrs of Kamfanin Daudawa village, beat him up to a state of coma and robbed him up of unspecified sum of money and other valuables,” he added.

He said, ” The team succeeded in arresting one Sa’idu Iliyasu, m, aged 20yrs of Kamfanin Dauda Fulani settlement, a notorious member of the armed robbery syndicate”

” In the course of investigation, suspect confessed to have committed the offence along side four others who are now at Large” ‎he added