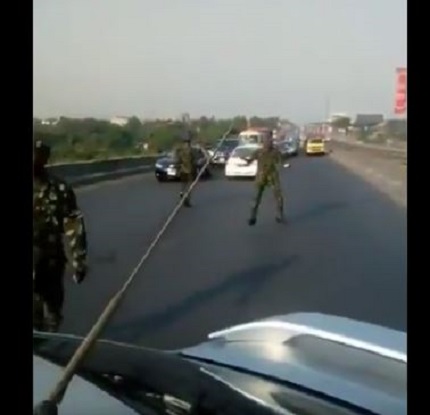 Photo of the cadets blocking motorists on the road

Some cadets of the Nigerian Defence Academy caused gridlock on an expressway and insulted motorists in a video trending on social media.

It is not clear where the incident happened, but in the video shared by The Herald, the cadet who did the recording could be heard raining invective on the motorists.

Below is the video.

Nigerian Military Cadets Cause Hold up Expressway because the "bloody civilians cannot do anything" @HQNigerianArmy pic.twitter.com/6Gxg1mlU0N