A photo of the shrine where an undergraduate student of Lagos State University was slaughtered and used for money rituals has been revealed. 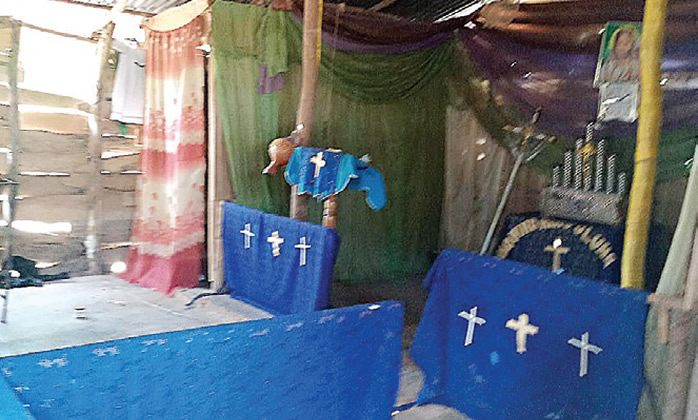 The shrine where a LASU undergraduate was killed and used for money ritual
Details have emerged about the scene where a final year student of Theatre Arts at the Lagos State University (LASU) identified as Favour Seun Daley-Oladele was slaughterd before being eaten.
It was gathered that Favour's boyfriend, Owolabi Adeeko an ex-student of LASU had enlisted the help of a prophet who used the student for money ritual.
She was killed and her body parts given to the boyfriend and his mother to eat.
The act was executed with the help of Owolabi, his mother Mrs Adeeko and one Prophet Segun Phillip, said to be a serial money ritualist. The deceased's body parts was allegedly eaten by Owolabi and his mother in a bid to change their family's misfortunes.
PUNCH correspondents who visited the shrine said that apart from appearing isolated and scary, the nearest residential building to the shrine where the killing of the Lagos State University student occurred was almost 400 meters away.
The shrine is located in a forest off Quarry Road, Ikoyi Ile, Osun State. It had no signpost to direct visitors.
Saturday PUNCH gathered that many people usually visited the self-acclaimed pastor for consultation even though only him, his wife, two children and two young men working with him were said to constitute the congregation.
Entering the shrine premises, Punch correspondent was greeted with stinking stench, Sand-filled church premises and it’s gathered that police would be there on Saturday (today) to locate where the remains of the deceased were buried for evacuation.
The shrine's altar is decorated with blue clothing marked with signs of the cross painted white. The roof is made of zinc and fortified within with woods. There’s also a makeshift room close to the altar partitioned with apparels of many hues. On the premises, there’s an open portion carved out with bricks for prayers with plants planted therein. The wooden shrine is sandwiched by thick bushes.
At a spot few meters away from the back of the shrine which appeared like the kitchen were pots of various sizes and cooking items, mortar and pestle.
When Punch correspondent approached a resident in the nearest building located about 400 meters away to Segun Philip’s church, the woman, identified only as Ronke, initially refused to speak about the cleric. 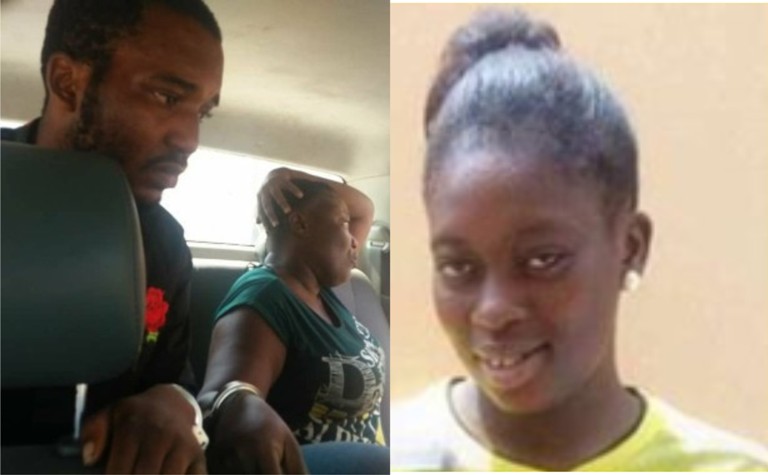 She later said the self-proclaimed cleric started the place as a church on January 1, 2018, adding that they discovered that he relocated to the area from Ikire, also in Osun State.
She said living near the self-acclaimed pastor was fraught with problems for her and her family members, stating that Philip quarrelled with her husband on several occasions over flimsy issues.
Ronke, whose husband is a pastor in a Christ Apostolic Church, said on a particular occasion Phillip wanted to pluck bitter leaf in her compound and was caught by a passerby throwing sand at the bitter leaf tree before plucking it.
Asked why he did that, Ronke said Phillip simply explained that the leaf had slept and by doing what he did, it would wake the leaf.
Ronke said, “We relocated to this place from Lagos 10 years ago and at the time, there was no building nearby. The pastor moved to the place on January 1, 2018. He relocated from Ikire two years ago.
“We disagreed several times but we have experienced dealing with different people. So in dealing with him, we ensured that it didn’t lead to a fight. There was a time we had a disagreement because of the well that supplies us water. On another occasion, he accused me of preaching against the use of herbs by pastors. He said I stood near his church and condemned use of leaves and herbs by Christians. I never did that and I told him so.’’
Top Stories