The United States has been blamed for President Muhammadu Buhari's failure to rescue abducted Chibok girls. 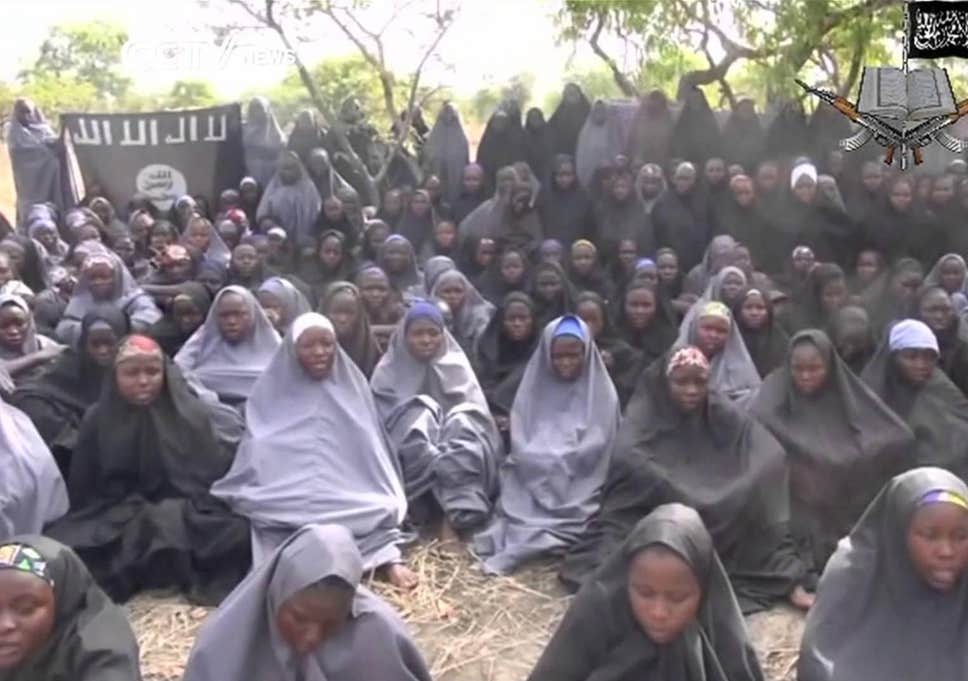 Chibok Girls
A mercenary and chairman of a private army, Specialised Tasks, Training, Equipment and Protection International, Eeben Barlow, has alleged that the United States influenced the President Muhammadu Buhari to terminate the contract to rescue the abducted Chibok schoolgirls.
Barlow, who sponsored a similar private army, Executive Outcomes, which was shut down in 1998, said Buhari had no choice but to succumb to pressure from the US because his election campaign was sponsored by the American government in 2015.
Boko Haram abducted 276 girls from Government Girls Secondary School, Chibok, Borno State, in April 2014.
While 57 escaped, 107 were released through negotiations. But 112 girls are still being held by the insurgents.
Speaking in an interview with Al Jazeera, Barlow claimed the momentum recorded against Boko Haram by the Goodluck Jonathan government was slowed down by the Buhari regime after the contract awarded to his company was terminated, according to a report by Punch.
Barlow said his army was initially engaged to rescue the girls but that changed to combating Boko Haram, noting that Jonathan saw it as a last gasp opportunity to gain popularity and win the 2015 presidential election.
He said, “Our initial aim was not Boko Haram per se, it was to rescue the Chibok girls. They were the girls that were kidnapped and the Western response was #Savethegirls (#BringBackOurGirls). That type of nonsense does not save girls.
“Unfortunately, these girls became victims of a situation where the security had broken down in a specific area, they were kidnapped and that was the first mission – rescue the Chibok girls.”
To carry out the mission, Barlow said he had to train some  Nigerian soldiers to conduct a hostage rescue operation, noting that a strike force was eventually set up to spearhead the mission.
He said, “We ended a selection process of the Nigerian soldiers, the soldiers were retained after a selection process, they were trained in a specific way to conduct a hostage rescue operation.

“The operation was in three phases; the first phase was to cut a dividing line across the North-East and isolate Boko Haram into two isolated areas and mop up. One area in the South was the start and after that then mop up in the North. The division will follow behind and occupy terrain.
“But we were never allowed to execute the entire operation. In one month, we took back terrain larger than the terrain of Belgium from Boko Haram. We were not allowed to finish because it came at a time that governments were in the process of changing.”
He added, “President Jonathan’s government saw the entire Boko Haram contract, if we call it that, as a last-grasp to regain popularity. Buhari was heavily supported by a foreign government and one of the first missions was to terminate our contract.
“We were told it was the US and they had actually funded President Buhari’s campaign and his campaign manager from the US.
“I’m not saying the US is bad, I understand foreign interests but I’d have thought that a threat like Boko Haram on the integrity of Nigeria ought to be a priority but it wasn’t.”
When asked why the US allegedly aborted the mission, he said, “I think the US can answer that, I have come to realise that when a foreign interest clashes with a state’s interest and domestic interest, conflict is bound to ensue and those conflicts continue with no end.”
The US Mission in Nigeria had yet to respond to the allegations by the mercenary as of the time of filing this report. An email sent to the embassy in Abuja on the allegations by Barlow was not replied to.
Top Stories