A powerful earthquake has hit Puerto Rico and destroyed it's famed Playa Ventana rock formation leaving many people in a state of fear. 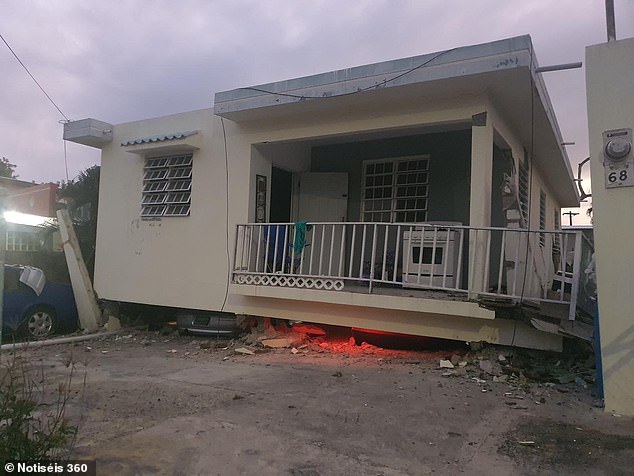 Earthquake in Puerto Rico
A powerful 6.6-magnitude earthquake shook Puerto Rico today just a day after a weaker quake destroyed the island's famed Playa Ventana rock formation.
According to information provided by Dailymail, the shallow quake with a depth of 4.3 miles, which hit just south of Indios in the south west of the island, has not caused a significant Tsunami threat, according to the Pacific Tsunami Warning Centre.
'It was super strong. I could hear the vibrations everywhere,' one witness located nine miles from the epicentre posted on the European Mediterranean Seismological Centre website.
Another witness in Caimital, 41 miles away, posted that the quake lasted around 30 seconds.
A 5.8-magnitude quake that hit Puerto Rico before dawn on Monday destroyed one of the US territory's famous tourist attractions.
The quake caused the collapse of a renowned rock formation known as the Playa Ventana in Guayanilla. 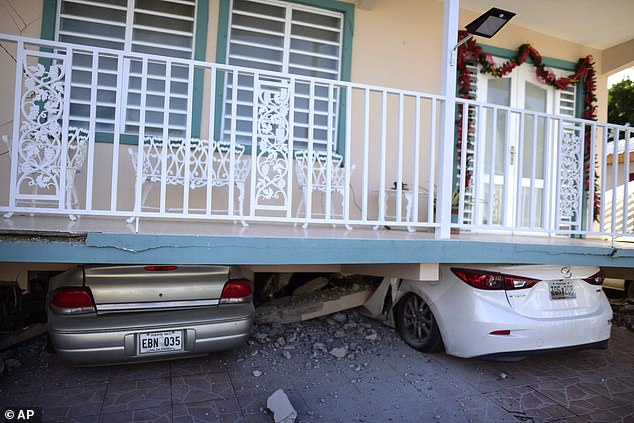 Residents shared photos of the top half of the natural wonder, also dubbed the Window Beach, which had completely broken off.
It is known as Window Beach because the rock formation was raised above the ocean with a massive hole that gave the feeling of looking at the sea through a window.
Guayanilla press officer, Glidden López, wrote on Facebook: 'The Window Beach collapsed. Today our icon is in everyone's memory.'
Other residents shared their thoughts on the loss of the iconic formation.
'This is something big to Puerto Rico today is the day playa ventana is gone for good. This place was famous in Puerto Rico until today because of an earthquake of 5.80,' one person shared on Twitter.
'Something amazing was taken from Puerto Rico today,' another shared.
Officials said the quake struck at 6.32am just south of the island at a relatively shallow depth of six miles, according to the US Geological Service (USGS).
There is no tsunami threat, but the USGS warned that the island should be ready for more earthquakes.
'According to our forecast, over the next 1 Week there is a 4% chance of one or more aftershocks that are larger than magnitude 5.8,' USGS said in a statement.
The agency said 'it is likely that there will be smaller earthquakes over the next week'. 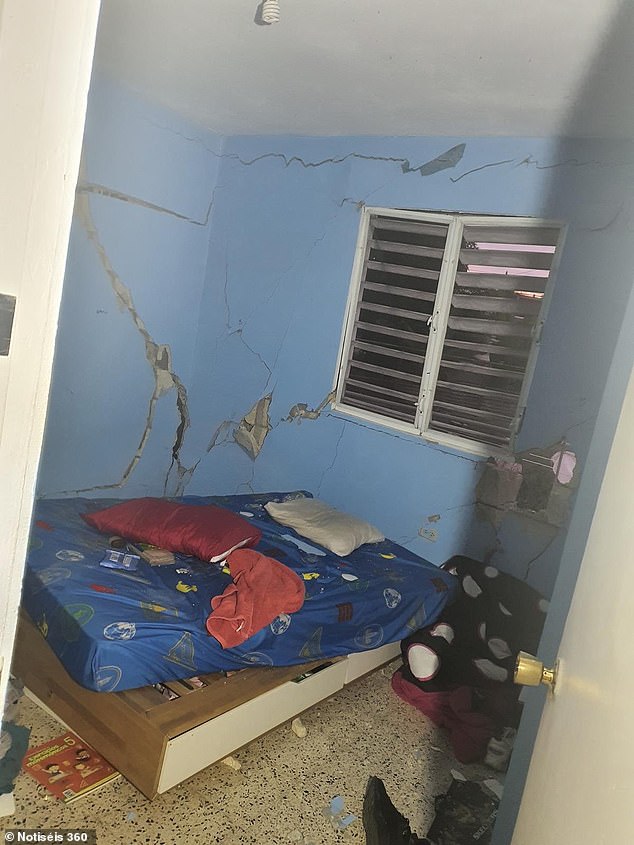 Monday morning's quake unleashed landslides, caused power outages and severely cracked homes.
Power outages were reported in some parts of Puerto Rico following the quake, Angel Vazquez, emergency management director for the southern coastal city of Ponce, said.
The quake was one of the strongest quakes yet to hit the US territory that has been shaking for the past week.
'This is one of the strongest quakes to date since it started shaking on December 28,' he said. 'It lasted a long time.'
Residents in southern coastal towns shared pictures of partially collapsed homes and large boulders blocking roads as officials urged people to remain calm.
Some residents also captured video of the damage, showing collapsed homes, downed power lines and cars maneuvering around boulders in the streets.
In the southern town of Guánica, Mayor Santos Seda said that five homes collapsed in the Esperanza neighborhood, but only one of them was inhabited. No injuries have been reported. Another 29 homes were heavily damaged, he said.
Residents recalled the moment the quake hit the area Monday morning.
Dr Sindia Alvarado, who lives in the southern coastal town of Penuelas, said she was petrified.
'My entire family woke up screaming,' she said. 'I though the house was going to crack in half.'
At a hotel in the southwest coastal town of Guanica, people panicked as they tried to flee in their cars, only to realize that large boulders were obstructing the only highway heading north to the capital of San Juan, attorney Jose Francisco Benitez said.
'There was a state of panic,' he said. 'There were even people in their underwear walking around the hotel.'
He said he and his girlfriend were in the room when the quake struck. 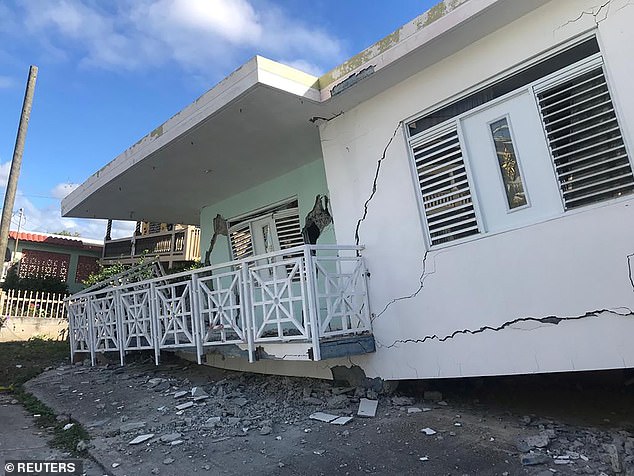 'I have never felt anything like this,' he said. 'It was like a giant grabbed our room and shook it.
The flurry of quakes in Puerto Rico's southern region began the night of December 28, with quakes ranging in magnitude from 4.7 to 5.1.
Previous quakes of lesser magnitudes in recent days have cracked homes and led to goods falling off supermarket shelves.
Victor Huerfano, director of Puerto Rico's Seismic Network, said that shallow quakes were occurring along three faults in Puerto Rico's southwest region: Lajas Valley, Montalva Point and the Guayanilla Canyon.
He said the quakes overall come as the North American plate and the Caribbean plate squeezes Puerto Rico, and that it was unclear when they would stop or if bigger quakes would occur.
One of the largest and most damaging earthquakes to hit Puerto Rico occurred in October 1918, when a 7.3-magnitude quake struck near the island's northwest coast, unleashing a tsunami and killing 116 people.
Top Stories