The 34-year-old's current contract at Man United will expire at the end of the season. 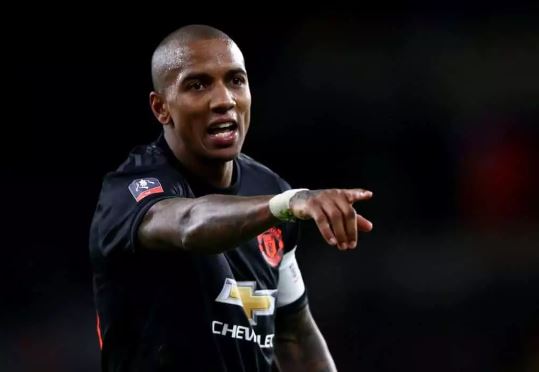 Manchester United captain, Ashley Young has reportedly rejected the club’s offer to extend his contract at Old Trafford in a bid to move to Inter Milan.

According to Gianluca Di Marzio, Young has personally informed Man United manager, Ole Gunnar Solskjaer that he does not want to renew his deal with the Red Devils as he seeks to join Inter Milan.

The Italian newspaper reports that Young has been in advanced talks with Antonio Conte’s side to complete a move to the Serie A giants.

The 34-year-old’s current contract at Man United will expire at the end of the season.

The England star joined United from Aston Villa in 2011.

The winger was left out of Man United’s squad that were defeated 3-1 against rivals, Manchester City in the Carabao Cup semi-final first leg on Tuesday night.

Asked whether Young’s move could happen in the summer, Solskjaer told a post-match after Man United’s defeat to Man City: “I don’t know what you’re talking about, you’ve got to ask Ash.

“For me it’s about focusing on the next game and tonight.”