BREAKING: Criminalising Me Will Not Silence Me - Shehu Sani Speaks On Alleged Extortion


Shehu Sani has blown hot, accusing the FG of attempting to silence him over his criticism of the government. 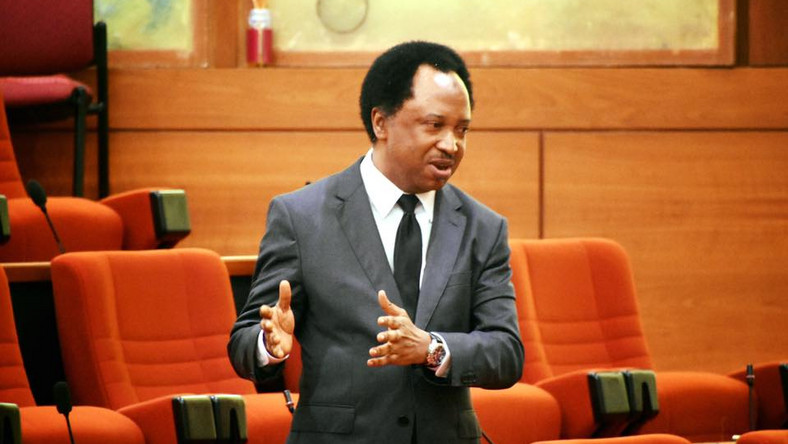 According to a report by Punch Metro, a former lawmaker representing Kaduna Central Senatorial District, Senator Shehu Sani, has accused the Federal Government of attempting to silence him over his criticism of the government led by the President Muhammadu Buhari, using fronts.

Sani alleged that the government is using his accuser, through the Economic and Financial Crimes Commission, to “frame” him in the extortion scandal.

Operatives of the EFCC had on Wednesday searched  two houses and an office of the embattled Senator Shehu Sani in Abuja.

The action was part of the ongoing probe of the former lawmaker for alleged extortion of $24,000 from the Chairman of ASD Motors, Alhaji Sani Dauda.

Dauda had also, in his petition to the EFCC, claimed that the former senator demanded N4m from him to give to the Chief Justice of Nigeria, Justice Tanko Muhammad, and other four judges to influence some pending cases in court.

But the CJN had on Sunday denied links with Shehu Sani.

Sani, a fiery critic of the government, has consistently maintained his innocence.

The former lawmaker, who is speaking from EFCC detention for the first time on the matter, in a message to The PUNCH‘s correspondent via WhatsApp, made a 15-point response.

Sani’s response read, “The allegations of ‘extortion’ against me is baseless, fact-less, unfounded, hollow and unsubstantial.

“It is a scripted stream of mischievous concoctions and utter fabrications using a puppet state agent; all aimed at splashing faeces and mud on me.

“The extortion allegation is nothing but a wholesale falsehood, packaged in a phantom anti-graft facade to taint, stain and mute me. That shall never happen if I am alive.

“I have made my statement and provided all my facts against their package of lies and I demand the EFCC to make public all the sheets of our statements and supporting documents for the world to see.

“My detention is unfair, unjust, prearranged and politically motivated.”

He also said, “Alhaji Sani Dauda and his hidden sponsors have not been able to provide any proof of their allegations. I’m unjustly incarcerated on the ground of an arranged two page petition backed with no evidential or documentary proof.
“Fascism thrives in frame up of its critics.

“They claim extortion and here they are closing my bank accounts, searching my houses and offices and demanding I declare my assets, of which I have already done that at the CCB (Code of Conduct Bureau) last year when I left the Senate.

“I have never ever discussed with ASD on any form of bribe or gratification to be given to any judge or any EFCC official.

“The bribe story is a heap of blatant lies and outright falsehood concocted and fabricated, using a front and the EFCC to premiere a state drama.

“ASD is a barely educated front for a state mission.

“Criminalising me or ‘framing me’ will not silence me, bend me or compromise me.”