'Amotekun Is Like IPOB': Northern Youths Kick, Call On President Buhari To Ban It


It added that the newly established security outfit is in the league of the proscribed Independent Peoples of Biafra. 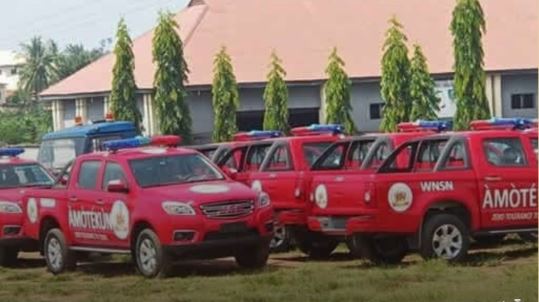 The Northern Youths Council of Nigeria on Thursday kicked against the formation of ‘Operation Amotekun’ in the Southwest geopolitical zone of the country.

According to the NYCN, the security outfit inaugurated in Ibadan on Thursday is the “military wing” of the Oodua Peoples Congress.

It added that the newly established security outfit is in the league of the proscribed Independent Peoples of Biafra.

National President of NYCN, Alhaji Isah Abubakar, in a statement issued in Kaduna, urged the President, Major General Muhammadu Buhari (retd.), not to allow what he described as “unconstitutionality” to prevail.

Abubakar said, “Amotekun Group in Southwest is OPC Military wing in disguise and in the same league with the proscribed IPOB. The President must not allow this unconstitutionality to prevail.

“The Southwest Governors must desist from backing nefarious groups such as this one.

“Amotekun is a threat to peace and national security and an attempt to jeorpadize Nigeria’s sovereignty.

“Amotekun is no different from Boko Haram and IPOB Movement in their formative stages.

“Nigerian Police, DSS and Army shouldn’t take this lightly with the governors of Southwest.

“The National Security Adviser should promptly take steps that will avert the looming threat to our national security that is about to be threatened by Southwest governors, OPC and others,” Abubakar said.