BREAKING: Why They Want Me Sent To Prison - Runsewe Speaks Up


Director-General of NCAC, Otunba Segun Runsewe has spoken about the court order to send him to prison. 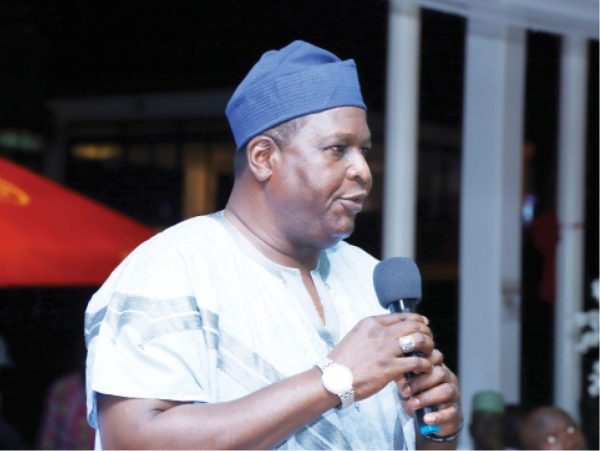 According to a report by Punch Metro, the National Council For Art and Culture on Friday defended the closure of the Art and Craft Village valued at N9.8 billion saying it had become a den of robbers and illicit drug sale.

While describing the ACV as a “rented house for hooligans, robbers, criminals and depot for illegal arms”, the NCAC said the area had become “security threat not only to Abuja residents but also to foreigners who engage in early hours exercises.”

Otunba Segun Runsewe, Director-General of NCAC, a parastatal of the Federal Ministry of Information and Culture, made the clarification in Abuja.

“The Art and Craft village (Opposite Abuja Sheraton Hotels) valued at N9.8 billion is the reason behind why some people wanted me hounded into jail and removed from office because I refused to dance to their tunes”, he stated.

Runsewe was reacting to the directive by Justice Jude Okeke of a High Court of the Federal Capital Territory, which ordered that he should be sent to prison for alleged contempt and disobedience to an order made by the Court on December 15, 2017.

While thanking all those who have shown interest about his welfare through phone calls, messages and visits, Runsewe stressed that his life “is in the hand of God.”

“I will do my best within the ambits of the law to secure and protect Nigerian cultural assets including those outside the shores of Nigeria”, he stated.

The PUNCH had reported that the order for Runsewe to be sent to prison was sequel to a suit filed by a firm, Ummakalif Limited, for the sealing of the Art and Crafts Village in Abuja, citing alleged violation of the contractual agreement to develop a part of the area.

The suit was instituted against him, the FCT Minister, the Federal Capital Development Authority and the Minister of Culture and Tourism.

But Runsewe linked his current travails to his patriotic desire to protect and defend the property of the federal government owned by the NCAC.

He said, “The Art and Craft village was turned into a drug den, a holdbay and rented house for hooligans and criminals. The area had been turned to a depot for illegal arms and sundry criminal activities.

“It is a security threat not only to Abuja residents but also to foreigners who engage in early hours exercises through the street  in the morning. They were molested by criminals from this location.

“So I wonder why some people are bent on converting government property to a haven of inappropriate engagement. Hence, the  police has to close down the place.

“The Art and Craft Village belongs to the Federal Republic of Nigeria. It does not belong to me but to the Nigerian people. So I would be failing in my duties as a public officer and appointee of government if I cannot protect government property to which I was mandated to oversee. If the area opens for business, it will provide over 300 jobs to Nigerians and reduce crime rate.”

According to him, it was imperative to clear the air on this issue to help stem the tide of negative reactions and “reassure Nigerians that all hands must be on deck to protect the interest of any property that belongs to Nigeria and ensure that they are not misapplied or abused.”