A court in Osun state has ordered the police to take action against suspects who killed a LASU student for money ritual. 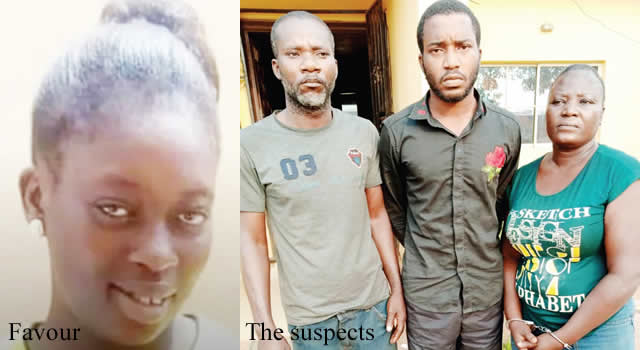 Favour Daley-Oladele was killed by her boyfriend and others
An Osun State Magistrates’ Court sitting in Apomu, on Friday remanded a self acclaimed prophet, Segun Philip; the deceased boyfriend, Owolabi Adeeko and his mother, Bola Adeeko in Ilesha Correctional Centre for allegedly killing Favour Daley-Oladele.
According to Punch, the order was given when the suspects appeared before Magistrate Olukunle Idowu-Faith today.
Tthe defendants’ plea to the charges could not be taken owing to the nature of the case.
Magistrate Idowu-Faith subsequently adjourned the matter to Wednesday, March 25 for mention and remanded the defendants in Ilesha Correctional Centre.
Recall that the three suspects - Segun, Owolabi and Bola - allegedly murdered Favour, a final year student of the Lagos State University, and used vital parts of her organs for money ritual.
Top Stories