Nigerians have shaked their heads bitterly after Khloe was caught begging online days after she warned her fans to stop such habit in 2020. 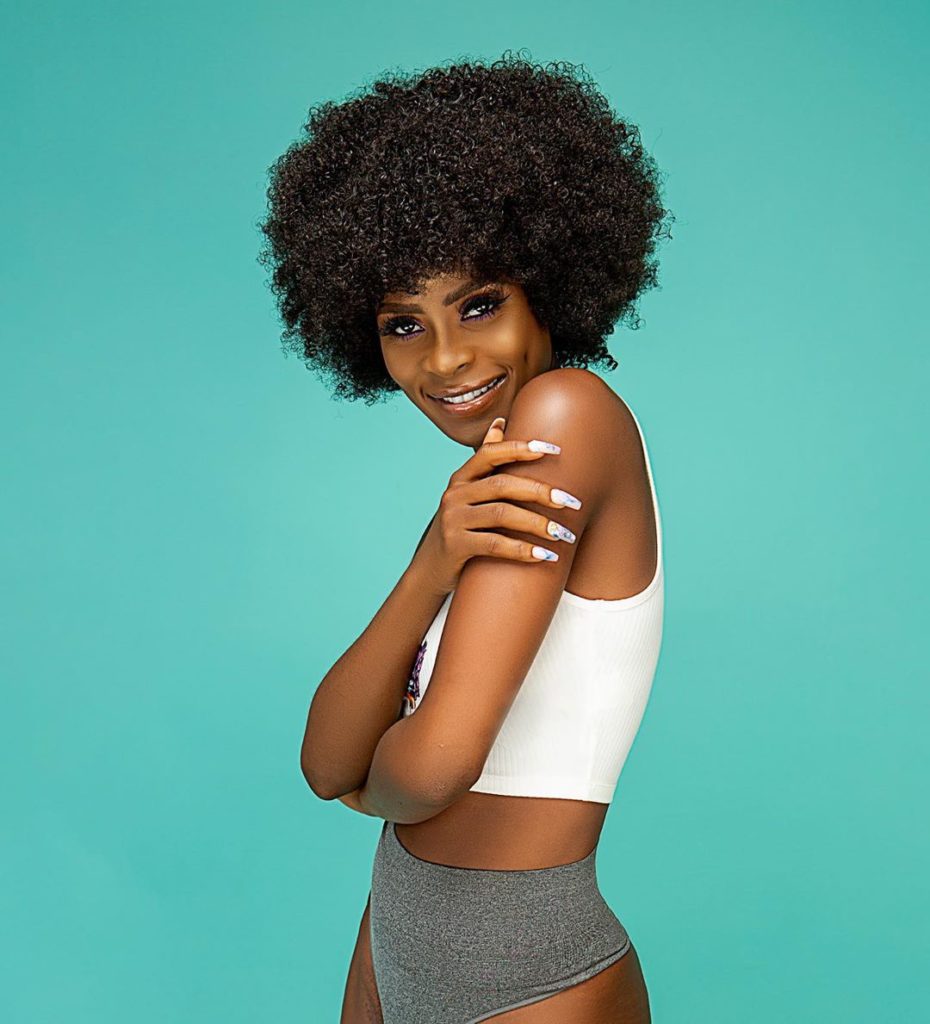 Khloe
Former Big Brother Nigeria housemate, Abiri Oluwabusayomi a.k.a Khloe has been termed a hypocrite on social media after she was caught begging online.
Her latest move came days after she advised people against begging in 2020.
Well, in what appears to be karma visiting her, the reality TV star has been caught begging popular radio personality, Toke Makinwa for clothes.
The radio personality had shared a beautiful photo of herself on her Instagram page and shortly afterwards, Khloe was spotted in the comment section asking if she would be permitted to raid her wardrobe.
However, a fan quickly reminded her of her comment on begging some days ago and the reality TV star said she only said no one should ask her adding that she didn’t include herself. 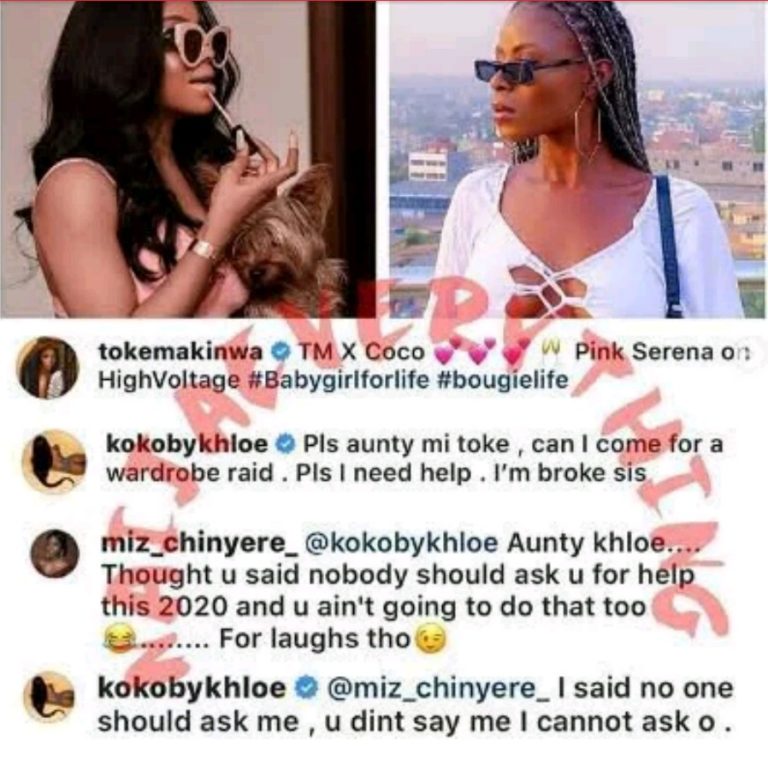