Check Out 15 Common Sleep Beliefs That Are False


There are certain contemporary sleep beliefs that are totally false. These are some of those beliefs. 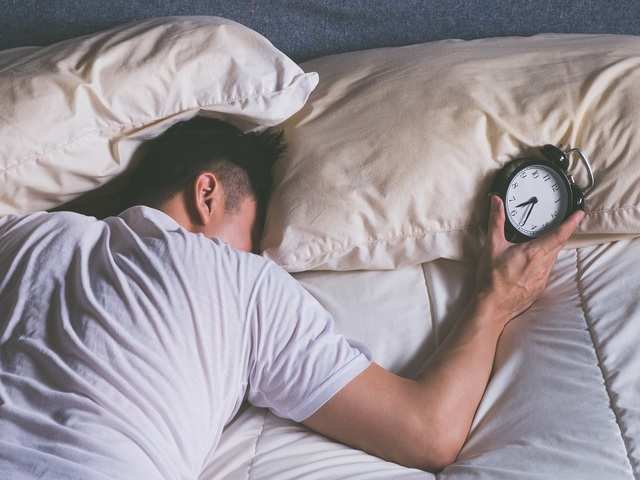 Over the years, there are many myths about sleep passed down from one generation to another. Some of the information about sleep are largely incorrect and can even be dangerous to health in the long run.

When it comes to sleep, understanding the truth about how much you need, how to overcome sleep deprivation and more is integral to staying happy and healthy.

This article, combed from organisations such as the United States-based National Sleep Foundation, debunks 15 common myths about sleep.

Myth 1: Snoring is a common problem and not harmful

Fact: Although snoring may be harmless for most people, it can be a symptom of a life-threatening sleep disorder called sleep apnea, especially if it is accompanied by severe daytime sleepiness.

Sleep apnea is characterised by pauses in breathing that prevent air from flowing into or out of a sleeping person’s airways. People with sleep apnea awaken frequently during the night gasping for breath.

Snoring on a frequent or regular basis has been directly associated with hypertension. Obesity and a large neck can contribute to sleep apnea. Sleep apnea can be treated; men and women who snore loudly, especially if pauses during snoring are noted, should consult a doctor.

Fact: Sleep experts say most adults need between seven and nine hours of sleep each night for optimum performance, health and safety. When we don’t get adequate sleep, we accumulate a sleep debt that can be difficult to ‘pay back’ if it becomes too big.

The resulting sleep deprivation has been linked to health problems such as obesity and high blood pressure, negative mood and behaviour, decreased productivity and safety issues in the home, on the job and on the road.

Myth 3:  During sleep, your brain rests

Fact: Even though your body rests during sleep, your brain remains active, gets ‘recharged’ and still controls many body functions, including breathing.

According to experts, when you sleep, you typically drift between two sleep states, rapid eye movement and non-REM, in 90-minute cycles.

REM sleep is an active sleep where dreams occur, breathing and heart rate increase and become irregular, muscles relax and eyes move back and forth under the eyelids.

Non-REM sleep has three stages: stage one is ‘drowsiness’, when one can be easily awake; stages two and three are ‘deep sleep’ stages when awakenings are more difficult and where the most positive and restorative effects of sleep occur.

However, even in the deepest non-REM sleep, your mind can still process information.

Myth 4:  Teenagers who sleep in class have bad habits and/or are lazy

Fact: According to sleep experts, teens need at least eight to 10 hours of sleep each night, compared to an average of seven to nine hours each night for most adults.

Teens’ internal biological clocks also keep them awake later in the evening and keep them sleeping later in the morning. However, many schools begin classes early in the morning, when a teenager’s body wants to sleep. As a result, many teens come to school too sleepy to learn, which is not their fault.

Myth 5: Listening to radio, turning on air-conditioner or opening window make you stay awake when driving

Fact: These ‘aids’ are ineffective and can be dangerous to the person who is driving while feeling drowsy or sleepy. If you are feeling tired while driving, the best thing to do is to pull off the road in a safe rest area and take a nap for 15-45 minutes.

Also, caffeinated beverages can help overcome drowsiness for a short period of time, but it takes about 30 minutes before the effects are felt. Ultimately, the best prevention for drowsy driving is a good night’s sleep the night before your trip.

Fact: Difficulty while falling asleep is only one of four symptoms generally associated with insomnia. The others include waking up too early and not being able to fall back asleep, frequent awakenings and waking up feeling not refreshed.

Insomnia can be a symptom of a sleep disorder or other medical or psychological/psychiatric problem and can often be treated.

According to the National Sleep Foundation, when insomnia symptoms occur more than a few times a week and impact on a person’s daytime functions, the symptoms should be discussed with a doctor or other health care provider.

Fact: Excessive daytime sleepiness is a condition in which an individual feels drowsy during the day and has an urge to fall asleep when they should be fully alert and awake.

The condition, which can occur even after getting enough nighttime sleep, can be a sign of an underlying medical condition or sleep disorder such as narcolepsy or sleep apnea. These problems can often be treated and symptoms should be discussed with a doctor.

Daytime sleepiness can be dangerous and puts a person at risk for drowsy driving, injury and illness and can impair mental abilities, emotions and performance.

Myth 8: The older you get, the fewer hours of sleep you need

Fact: Sleep experts recommend a range of seven to nine hours of sleep for the average adult. While sleep patterns change as we age, the amount of sleep we need generally does not.

Older people may wake more frequently through the night and may actually get less nighttime sleep, but their sleep need is no less than younger adults.

Because they may sleep less during the night, older people tend to sleep more during the day. Naps planned as part of a regular daily routine can be useful in promoting wakefulness after the person awakens.

Myth 9: Health problems such as obesity, diabetes, hypertension and depression not related to the amount and quality of a person’s sleep

Fact: Studies have found a relationship between the quantity and quality of one’s sleep and many health problems. For example, insufficient sleep affects growth hormone secretion that is linked to obesity; as the amount of hormone secretion decreases, the chance for weight gain increases.

Blood pressure usually falls during the sleep cycle, however, interrupted sleep can adversely affect this normal decline, leading to hypertension and cardiovascular problems. Research has also shown that insufficient sleep impairs the body’s ability to use insulin, which can lead to the onset of diabetes. More and more scientific studies are showing correlations between poor and insufficient sleep and disease.

Myth 10: If you wake up in the middle of the night, it is best to lie in bed, count sheep or toss and turn until you eventually fall back asleep

Fact: Waking up in the middle of the night and not being able to go back to sleep is a symptom of insomnia. Relaxing imagery or thoughts may help to induce sleep more than counting sheep, which some research suggests may be more distracting than relaxing.

Whichever technique is used, most experts agree that if you do not fall back asleep within 15-20 minutes, you should get out of bed, go to another room and engage in a relaxing activity such as listening to music or reading. Return to bed when you feel sleepy. Avoid watching the clock.

Myth 11: Watching television or playing on your smartphone will help you fall asleep at night

Fact: The ‘blue light’ from your television and smartphone are actually distracting your brain from calming itself before falling asleep. Instead, establish healthy sleep hygiene habits –a routine that helps relax and soothe your body before going to sleep at night–to get the best slumber possible. Habits like reading a book, taking a warm bath or doing a calming yoga pose may help.

Fact: According to researchers at New York University, United States, this relaxing nightcap is a myth. And it also goes for whether it’s a glass of wine.

One of the researchers at NYU, Dr Rebecca Robbins, said although those liquids could help fall asleep, they could dramatically reduce the quality of your sleep.

She said, “It (alcohol) particularly disrupts your REM stage of sleep, which is important for memory and learning.

“So yes, you will have slept and may have nodded off more easily, but some of the benefits of sleep are lost.

“Alcohol is also a diuretic, so you may also find yourself having to deal with a full bladder in the middle of the night.”

Fact: Many people are guilty of reaching for the snooze button on their phones or table clocks, thinking that extra minutes in bed will make the difference.

However, Robbins said when the alarm goes off, you should just get up.

She said, “Realise you will be a bit groggy–all of us are – but resist the temptation to snooze.

“Your body will go back to sleep, but it will be very light, low-quality sleep.”

Instead of hitting the snooze button, the advice is to throw open the curtains and expose yourself to as much bright light as possible.

Fact: According to a professor of medicine at the Icahn School of Medicine at Mount Sinai, US, Dr David Rapoport, remembering dreams has nothing to do with having a good night’s sleep.

“There is a huge variation in how much people remember their dreams. Some of it has to do with when you wake up. If you wake up during REM sleep, you almost always will remember a dream.

Myth 15: Exercising within four hours of bedtime will disturb your sleep

Fact: On this, Rapoport said, “What we give as advice is that about an hour before sleep, you should try and avoid active kind of things, but exercise certainly is one of them. On the other hand, there are people who exercise close to sleep and do very well.”