A man has died a painful death after being pushed during a scuffle by a neighbour in Lagos. 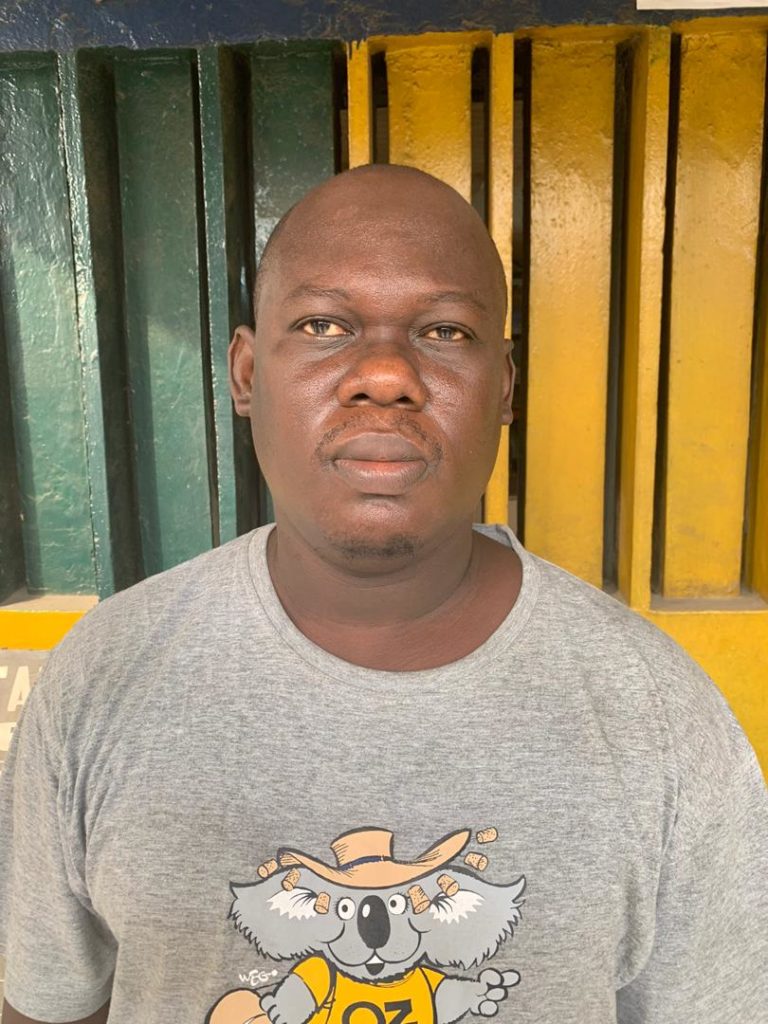 Sheriff Balogun
A 35-year old man, Sheriff Balogun, has landed in trouble in Lagos after he pushed his neighbour, Peter Elebo, he fell down and died on the spot in their compound.
According to PM Express, the suspect, Balogun, who is a car wash operator, has been arrested for murder and may face death sentence or life imprisonment if he is tried and found guilty for the alleged offence.
The incident happened at Itire area of Lagos where they reside.
The corpse of the late Peter has been deposited at an undisclosed mortuary for autopsy report.
This was disclosed by the Police Public Relations Officer, DSP Bala Elkana, who confirmed that the suspect has been arrested for murder.
He said that on 11th January, 2020, at about 0720 hrs, one Faith Elebo ‘f’ of No. 32 Ola Street reported at Itire Police Station that at about 0130hrs, one Sheriff Balogun, 35, who lives in the same compound with them had a fight with her father Peter Elebo about when to close their compound’s gate.
She said during the scuffle, the neighbour, Balogun pushed Peter Elebo and he fell down, vomited blood and died on the spot. DSP Elkana said upon the report, the Homicide detectives led by the Divisional Police Officer Itire, SP Barkfur Kromkyes, visited the scene. The corpse of the deceased person was evacuated to the mortuary for autopsy.
He said that the suspect, Balogun, was arrested and transferred to State Criminal Investigation Department, Yaba, for discreet investigation and the suspect will be charged to Court after the conclusion of investigation.
Top Stories