Revealed! You Won't Believe The Number Of Okada Accidents Recorded In Lagos Every Month


The number of Okada accidents that are recorded in Lagos every month has been revealed. 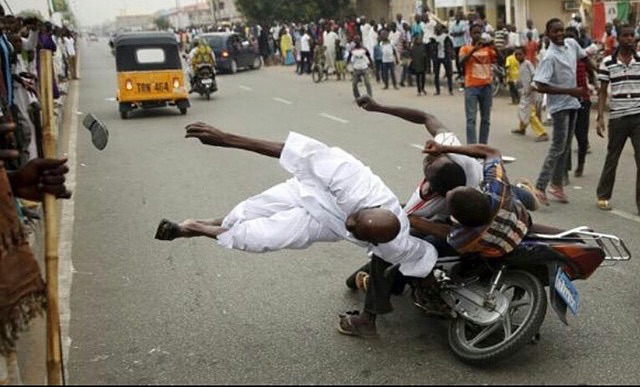 Governor Babajide Sanwo -Olu of Lagos State has disclosed that the state records an average of 200 motorcycle accidents monthly.

He, however, added that the ongoing enforcement of traffic laws would be stepped up across the state to check motorcycle riders and motorists violating the laws.

In a statement signed by the Commissioner for Information and Strategy, Mr. Gbenga Omotoso, the governor bemoaned the era of indecency exhibited by motorcycle and tricycle riders.

“Over 200 cases of motorcycle accidents have been recorded monthly at health facilities across the state in the last three years,” he said.

Meanwhile, the governor has disclosed that he will deliver the Oshodi-Abule Egba BRT corridor by the end of May.

Sanwo Olu made the statement when he inspected the BRT corridor along the axis, telling residents within the axis to desist from throwing dirt into the drainage.

He said the 13.68 kilometres of roads is about 70 percent completed and it has14 stations with five bilateral stations facing both sides and nine median stations.