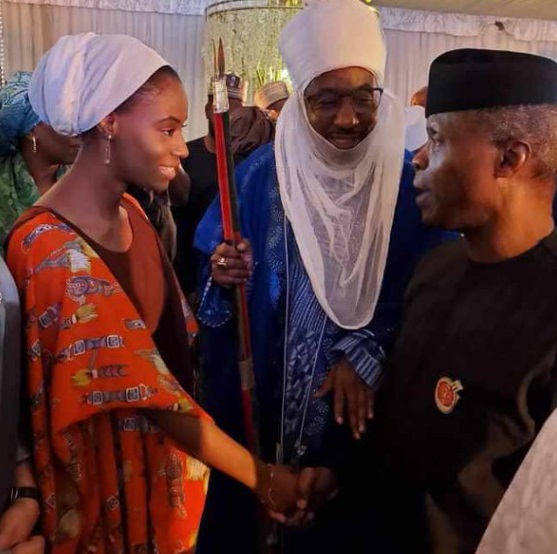 Princess Khadija Lamido Sanusi shaking VP Yemi Osinbajo
Nigerians have taken to Twitter to accuse Princess Khadija Lamido Sanusi, one of the daughters of the Emir of Kano, Sanusi Lamido II, of 'haram' (abomination) for firmly shaking the hand of Vice President Yemi Osinbajo.
The incident happened while she was being introduced to Osinbajo by her father at a function in Abuja over the weekend.
The act of shaking hands has led many Twitter users to express outrage saying such an act is forbidden by their religion.
While some Northerners view such as haram, that is something that is forbidden, others are of the opinion that it doesn't matter.
Read their divergent opinions below: 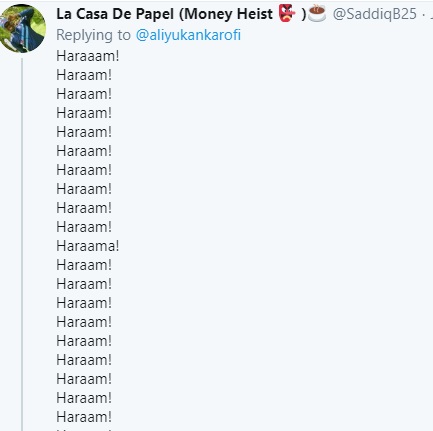 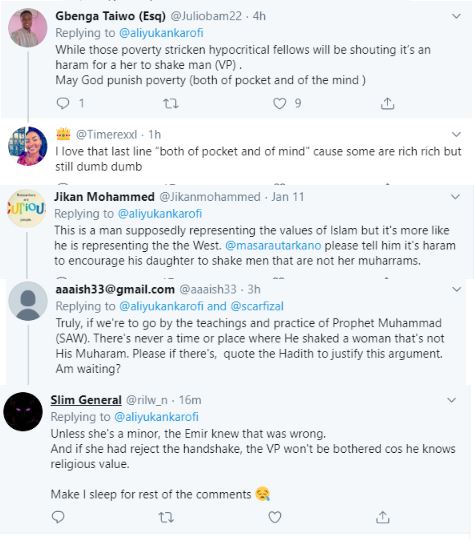 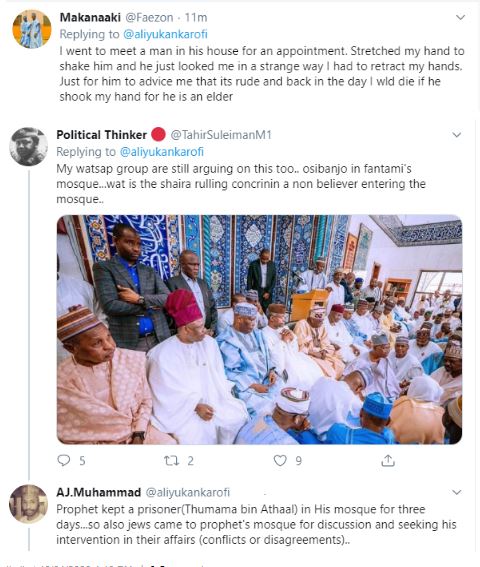