The Dubai International Airport has been left waterlogged following a massive rainfall recently. 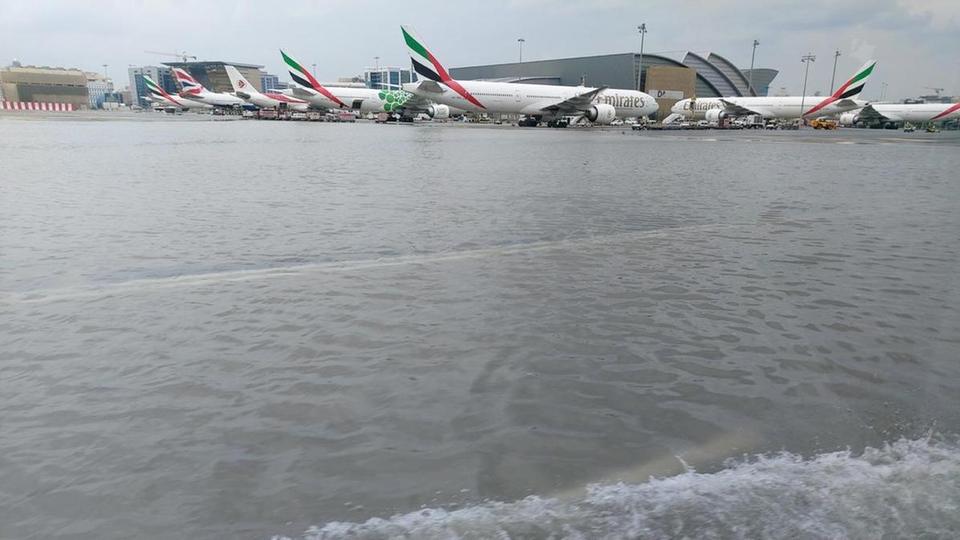 According to Premium Times, several flights were cancelled and numerous others delayed at the Dubai International Airport as heavy rain left the airport waterlogged at the weekend.

Although details of the situation remains sketchy Monday afternoon, India Times reported that over four of India Air’s flights were cancelled at the weekend.

A Dubai International Airport (DXB) official also told journalists on Sunday that 22 flights were cancelled on Saturday night while one inbound flight was diverted to Al Maktoum International Airport. The figures, the official said, were from Saturday night only, as the total number of flights cancelled or delayed during the last two days due to rain and water logging will be announced later.

On its verified twitter handle, the airport assured passengers of its continued efforts to bring normalcy to the situation on Saturday night.

“Operations at DXB continue to be hampered by the knock-on effects of today’s heavy rainfall resulting in a number of flight delays, cancellations & diversions,” a tweet from the airport handle said. “We continue to work closely with our partners to restore full operations & minimise inconvenience to our customers.”

“However, with additional rain expected later this evening, the disruption is expected to continue for the next 24 hours. Customers are advised to check directly with their airlines for more specific flight information and allow additional time to get to the airport.”

Airport officials also advised passengers to arrive at the airport well in advance and always check flight status with their airlines.

Meanwhile, a spokesperson for the airport claimed that the Dubai Airport is now at the recovery mode, as the backlog of delayed flights are being cleared Monday.

Dubai International Airport is the primary international airport serving Dubai, United Arab Emirates. It is also considered as one of the world’s busiest airports by international passenger traffic.