A sad and dramatic incident has taken place in Ajah area of Lagos after he was brought to assault a neighbour. 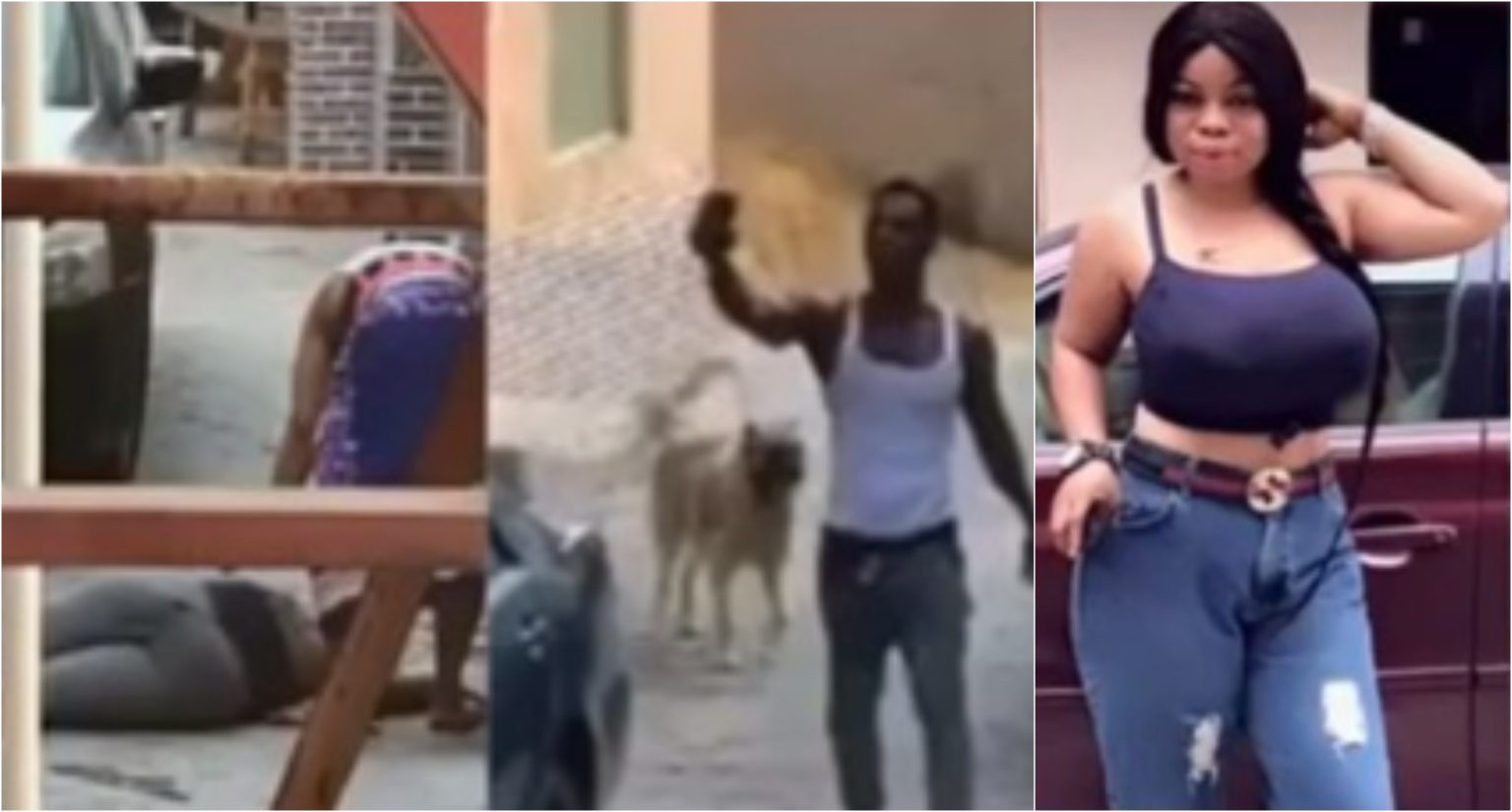 Scene of the incident where a soldier killed someone
A woman has been accidentally killed on Tuesday January 14, by a stray bullet from the gun of a soldier invited over by her sister to allegedly beat up a neighbour.
It was gathered that the tragic incident reportedly occurred at Seaside Estate in Badore, Ajah area of Lagos State following a heated exchange that ensued after the deceased and her sister Kamsi, reportedly tried moving out of the property they lived in without settling their pending bills.
According to the report, Kamsi called in the soldier to deal with their neighbour who insisted that they pay their pending bill before moving out. A struggle between the soldier and the sisters’ male neighbour led to accidental discharge of two bullets which killed the deceased.
Though the soldier escaped from the scene of the incident before the police who were called in arrived, Kamsi and their male neighbour were reportedly whisked away.
Watch the video below:

Soldier mistakenly kills the sister of lady who called him to help beat a neighbor . . Tragedy struck on Tuesday at a house located at Seaside Estate, #Badore, #Ajah, #LagosState, as a stray bullet from an army officer killed the sister of a lady who called him in to help her beat up a neighbor. . . Trouble allegedly started when Kamsi and her sister were trying to pack out of the house without clearing their pending bills and a neighbor accosted them, insisting that the bills must be paid. . . This prompted Kamsi to use her influence to call in an army officer to help her deal with the said neighbor (the boy in white singlet). . . However, when the officer arrived, there was a struggle between him and boy, during which two bullets were mistakenly released, with one hitting Kamsi’s elder sister and killing her instantly. . . The police were later called in but the officer had fled the scene before their arrival. Kamsi and the said neighbor were however whisked away to the police station. [Swipe]