The Gunners boss worked with the 25-year-old for many years at the Etihad but insists his new club are not interested in a move. 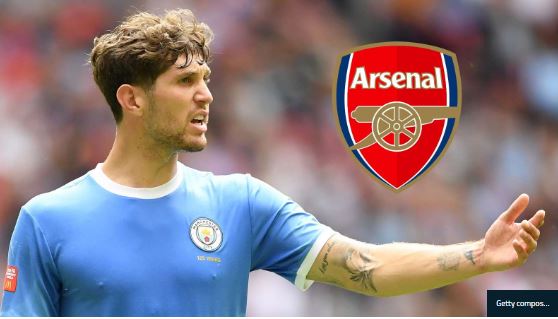 Mikel Arteta has admitted his admiration for John Stones but insists Arsenal are not interested in the England centre-back.

Stones has been linked with a loan move to the Gunners this week, with reports suggesting he has grown tired of his lack of regular football at Manchester City.

With Euro 2020 fast approaching, there have been suggestions that a loan move to Emirates Stadium could be a good solution for the 25-year-old as it would give him the game time he needs ahead of this summer’s tournament.
B

ut speaking ahead of Arsenal’s game with Sheffield United on Saturday, Arteta has closed the door on the possibility of linking up with the defender he worked with during his time as Pep Guardiola’s assistant at the Etihad.

“No truth at all,” said Arsenal’s head coach, when quizzed on a possible move for Stones.

“John is a player I really like. We followed him before we signed him when I was at City.

“I worked with him for many years, I know him well and when I look at centre-backs he has many attributes I like, but we are not interested in him.”

Arsenal are currently short of options at the back, with Kieran Tierney (dislocated shoulder) and Calum Chambers (knee) on the long-term injury list.