A Nigerian man has died a painful death in faraway Belgium after being stabbed inside his office. 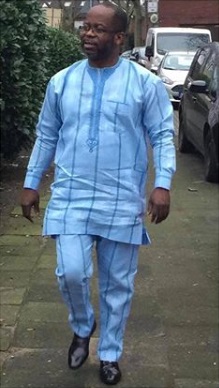 Olushola Bola Omotosho Dare
A Nigerian man identified as Olushola Bola Omotosho Dare, 55 has died after being stabbed  at his money office in Bisschopstraat, Antwerp North in Belgium on Wednesday January 15.
It was gathered that before the tragic incident, the Nigerian man ran a Western Union agency in the neighborhood for years.
He was treated on the spot after being found to have several knife wounds when emergency services arrived the scene of the incident by 10.30 a.m.
Olushola however died from injuries he sustained from the incident. It was further gathered that investigation into the murder incident is now being carried out by the murder brigade of the Federal Judicial Police Antwerp.
Top Stories