Salihu reiterated that insecurity affects both indigenes and settlers in the region and the Amotekun initiative was a welcome development if it was meant to genuinely tackle insecurity. 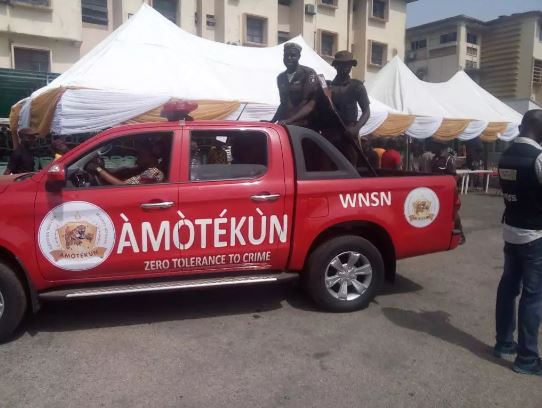 President of the association, Alhaji Abdulkadir Salihu, who is also the Sarkin Fulani of Oyo State told our correspondent that Fulani have capable hands that can be recruited as officers of the security outfit. He said involvement of Fulani men would give them assurance that the Fulani residents in the region would not be target of the new outfit.

Salihu stressed that the Fulani community in the South-West is in the dark about the operation of Amotekun saying “this is a government programme and we cannot stop it and we are not antagonizing the governors who came up with this initiative.

"Our appeal is that this should not be turned into a platform solely to target the Fulani herdsmen.”

He also disclosed that the leadership of the Fulani community plans to meet with the Alaafin of Oyo, Oba Lamidi Adeyemi, to intimate him about their position on the Amotekun operation.

“We were not carried along as a community which is part and parcel of the South-West. Most of us who live in this community have been here for more than 40, 50 years,” he added.

Salihu reiterated that insecurity affects both indigenes and settlers in the region and the Amotekun initiative was a welcome development if it was meant to genuinely tackle insecurity.

He said the Fulani community has also been victims of armed robbery and kidnapping, adding that it is wrong to say it is only the Fulanis that perpetrate crimes.

“We have criminals everywhere.”