The FIIRO members of staff have refused to work as they insisted on seeing the PhD certificate of their Director-General. 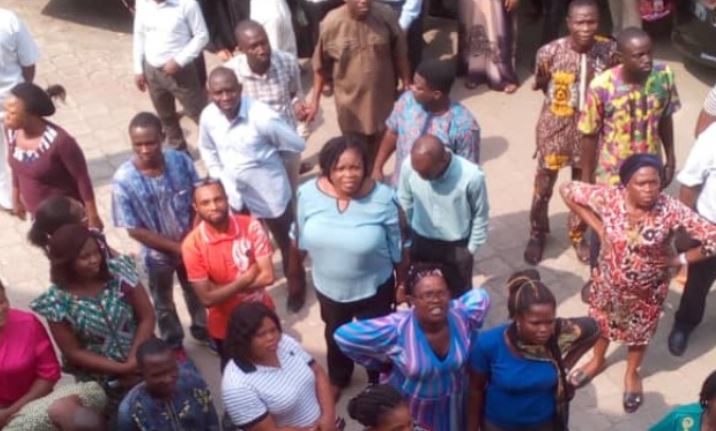 Punch Metro reports that workers at the Federal Institute of Industrial Research Oshodi have started a protest against the acting Director-General, Chima Igwe, over his certificate scandal.

A source in the agency, who spoke to The PUNCH on the telephone, said members of staff had refused to work as they insisted on seeing the PhD certificate of Igwe.

It was learnt that the atmosphere at the agency was tense as the workers were aggressive in their demand.

The voice of the source was drowned by the noise of the protesting workers.

The acting DG, for 18 years, gave excuses why his PhD certificate had not been issued to him.

He had been promoted based on the phantom claim and was recently appointed the acting director.

The matter is also a subject of an investigation by the Independent Corrupt Practices and other Related Offences Commission.

Igwe is allegedly being backed by the Minister of Science and Technology, Dr Ogbonnaya Onu.