You can't blame Tinubu, he is a very smart and experienced politician who knows the issues that could constitute a banana skin on his path. 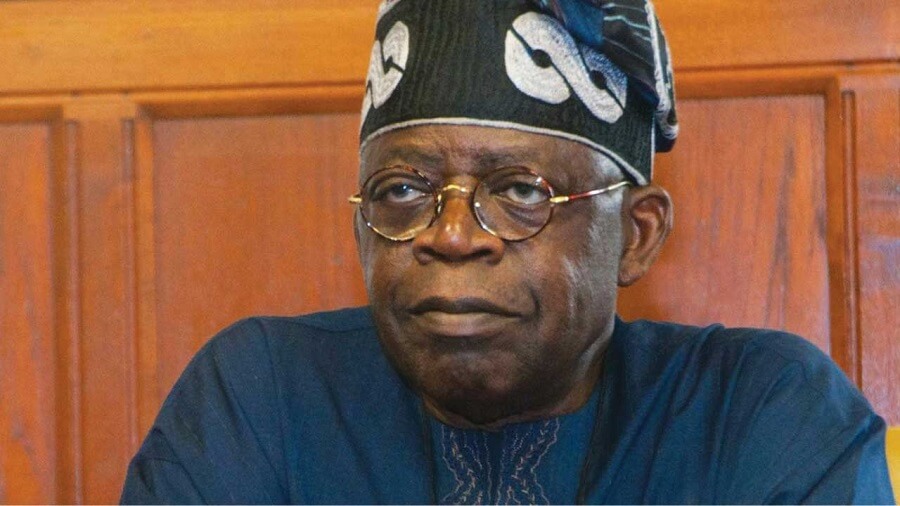 The South-western security outfit - Operation Amotekun which is a seeming novel panacea to the security challenges like banditry and other violent crimes the region is constituting a wedge between the South-western leaders and the presidency. Since the introduction of Amotekun populated by local hunters, President Muhammadu Buhari has maintained radio silence. According to media reports, the six governors of the region initially carried the Inspector General of Police Mohammed Adamu along but he backed out of the discussion at some point.

While Operation Amotekun was publicized in the media and their operational vehicles showcased publicly, some individuals from the northern part of the country slowly questioned the legality of the initiative. The Fulani Herdsmen association, the Miyetti Allah was the first to cry out. They felt threatened by Amotekun. Shortly after a couple of critical press statements were released, the Attorney-General of the Federation and Minister of Justice Abubakar Malami apparently stated the position of the Federal Government by declaring it illegal. Malami technically walked into an ambush laid by seasoned lawyers in Nigeria like Mike Ozekhome, Professor Itse Sagay, Liborous Oshoma, Jiti Ogunye, Femi Falana, Governor Rotimi Akeredolu and others who have been schooling him audaciously about what the law says. The strong grip of the South-western part of Nigeria over the mainstream and social media space in Nigeria has also put the Federal Government in a tight and difficult position in controlling the narrative about it's perceived illegality of Amotekun.

While many figures of the Yoruba socio-cultural group, Afenifere and other influential forces across Nigeria have spoken about Amotekun, Asiwaju Bola Ahmed Tinubu who is rumoured to be interested in the presidential seat in the year 2023 appears to be rocking the biggest headphones in the world to pretend as if he is oblivious of the idea. His protege, Governor Babajide Sanwo-Olu of Lagos State alongside his strong allies in Osun, Governor Gboyega Oyetola and Governor Dapo Abiodun of Ogun State even failed to attend the launching of the security project due to alleged weather conditions and personal engagements. In recent times, people have been complaining about the extremely loud silence of Tinubu who ignored the biting topic to comment on the victory of Senator Hope Uzodinma of Imo State at the Supreme Court.

You can't blame Tinubu, he is a very smart and experienced politician who knows the issues that could constitute a banana skin on his path. He must have done his background study of the issue to realize that it would do him more harm than good in future. A stand of non-alignment between the North and the South-west might just be the needed safe zone for and he could be right about that, at least politically.

Tinubu appears to be relying on an unwritten power-sharing agreement that the northern power-brokers will hand over the mantle of leadership to the Yorubas in 2023. The Igbos are also expecting that rare gift in the same year. Tinubu seems to have the strong backing of one of the most influential northern figures, President Muhammadu Buhari who doesn't joke with the interests of the Fulani Herdsmen. In fact, a section of the media once described him as their patron. Tinubu's worst fears were further confirmed when the National Secretary of the Miyetti Allah Kautal Hore, Alhassan Saleh revealed that Amotekun could cost the South-western the presidential ticket in 2023. This according to him breeds distrust between the North and the South ahead of the presidential election. His controversial utterance has sent shock-waves and tremors across the political space in the Yoruba land. Even Chief Bode George who I earlier described as a pretender instead of a contender in the 2023 presidential race might have raised his eyebrows.

Politicians are naturally desperate people and will always sacrifice the general will of the people on the altar of personal interests; it's not new. One will be stunned if Tinubu picks Amotekun ahead of his presidential ambition which might be getting realizable to him by the day.

On a closing note, the South-west governors made a mistake. They don't need any legal or media battle with the federal government. Since Governors Kayode Fayemi, Sanwo-Olu, Oyetola, Abiodun and Akeredolu have the ears of the presidency by virtue of being members of the ruling All Progressives Congress, they could have employed the strategy of lobbying to ease the fears and worries of some northern leaders before launching the security outfit. Why the rush? Till date, the rate of remuneration of Amotekun officials is yet to be decided and an initial figure of N15,000 per monthly is demeaning.