A staff of the Niger Delta Development Commission has been sent to prison for engaging in fraud. 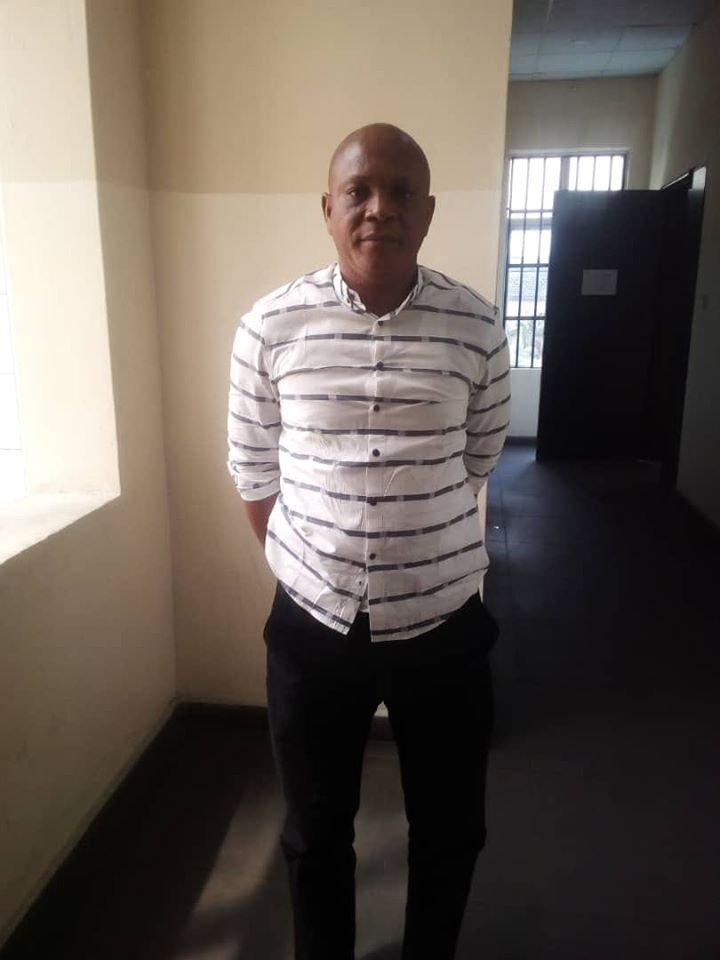 Tarila Ebizimor
Justice A.T Mohammed of the Federal High Court, Port Harcourt, on Friday, 17 January, 2020 sentenced one Tarila Ebizimor to seven years imprisonment for obtaining money under false pretence to the tune of N4.000.000.00 (Four Million Naira).
The convict, a supervisor in the Security Department of the Niger Delta Development Commission, NDDC was prosecuted by the Port Harcourt Zonal Office of the Economic and Financial Crimes Commission, EFCC, on a four-count charge.
Ebizimor's journey to prison began sometime in August, 2013 when he paraded himself as personal assistant of the managing director of the NDDC and obtained the sum of N4million from the petitioner on the pretext that he will help facilitate the award of road construction contract to him.
One of the charges against him reads: "That you Tarila Ebizimor on the 13th day of August, 2013 in Port Harcourt, Rivers State within the jurisdiction of this honorable court did fraudulently obtain the sum of N2,000,000 (Two Million Naira), which said sum was paid into your Fidelity Bank account No. 5330259983, by a means of transfer from God’s Grace Haulage Limited on the pretext that you were to facilitate the award of road construction contract from Niger Delta Development Commission (NDDC), a pretext you know to be false and thereby committed an offence, contrary to Section 1(i)(a) of Advance Fee Fraud and Other Related Offences Act, 2006 and punishable under Section 1(3) of the same Act".
Top Stories