The former Manchester City’s assistant coach said this ahead of Arsenal’s Premier League clash with Sheffield United on Saturday evening. 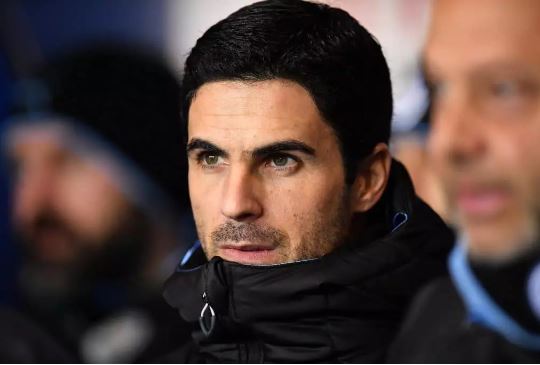 Arteta believes the 20-year-old, who spent last season on loan at Hoffenheim, has the potential to do whatever he wants provided that he maintains his current attitude and approach.

The former Manchester City’s assistant coach said this ahead of Arsenal’s Premier League clash with Sheffield United on Saturday evening.

“I wouldn’t like to compare [with Sterling], what I will say is that Reiss has the potential to do whatever he wants,” Arteta was quoted by Mirror UK as saying.

“If he wants to do it, wants to learn and wants to challenge himself he can be a top, top player for this football club.

“At the moment I think he is on the right path, with the right attitude and then there are a lot of factors: he needs to deal with pressure, deliver every three days, score more goals and make the difference more for the team because he has the quality to do that.

“I know Reiss because I coached him when he was 16 and straight away he caught my eye. He is a boy that is willing to learn and loves the game but I think he has been a little bit confused in the last few years – what direction he had to take, some of the decisions that he made.”

Cristiano Ronaldo Set To Become The First Billionaire In Football