A royal father has shared the shocking story how he escaped being killed by Boko Haram terrorists. 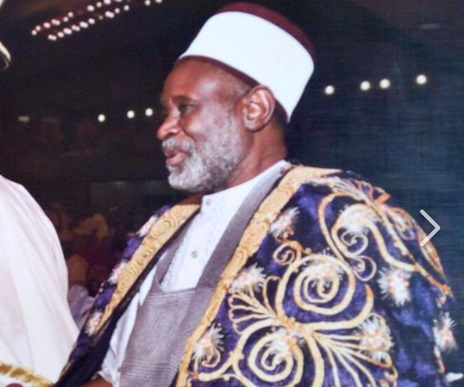 Emir of Potiskum, His Royal Highness, Alhaji Umaru Bubaram Ibn Wuriwa Bauya
Following his recent brush with death, the Emir of Potiskum, His Royal Highness, Alhaji Umaru Bubaram Ibn Wuriwa Bauya, has narrated how he escaped being killed in an attack against his convoy by Boko Haram.
According to reports, the royal father said he trekked in the bush for about two hours to escape the deadly attack.
The emir said this in an interview with Emergency Digest when he returned to his palace in Potiskum, Yobe State.
He lamented the attack on his convoy which left four of his aides dead but thanked God for sparing his life.
The royal father, who underwent medical checks in a hospital in Kaduna after the incident said the attack launched by the Boko Haram sect against his convoy along Kaduna-Zaria Road almost claimed his life.
He said, “ I had to trek for about two hours in the bush for my safety during the attack on my convoy along Kaduna-Zaria Road.
He called on Nigerians to support government and security agencies in their efforts to curb insecurity in all parts of the country."
Top Stories