Pressure is being mounted on the Chief Justice, Ibrahim Tanko Muhammad to resign following the controversial removal of the former governor of Imo State, Emeka Ihedioha. 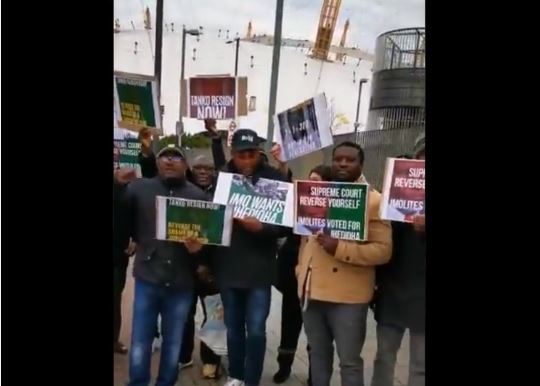 Some of the protesters

While the members of Peoples Democratic Party are currently staging a peaceful protest at the Supreme Court in Abuja to express their anger over the judgment that sacked Emeka Ihedioha as governor of Imo State, another is happening in far Europe.

A #SaveOurJudiciary demonstration took place in London, United Kingdom. Some Nigerians in London are calling for the resignation of the CJN, Tanko Mohammed and asking the Supreme Court to reverse the judgment on Imo State Guber election.

The beneficiary of the judgement, Hope Uzodinma had already assumed power and has been taking strategic decisions as the governor of the South-eastern state. 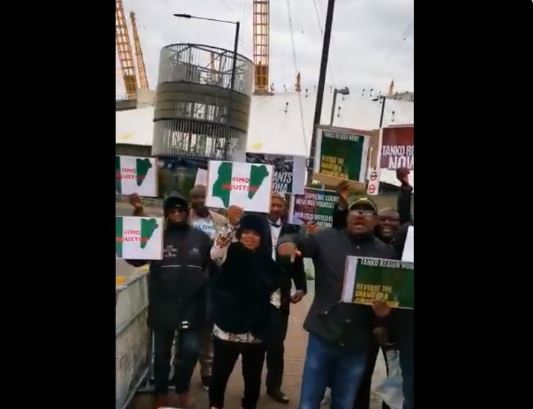