The Asaba Massacre: Untold Story Of How Soldiers Went On Rampage Killing Every Man In Sight


The Asaba massacre has left an indelible scar on Delta indigenes who have have been living in deep sorrow and anguish. 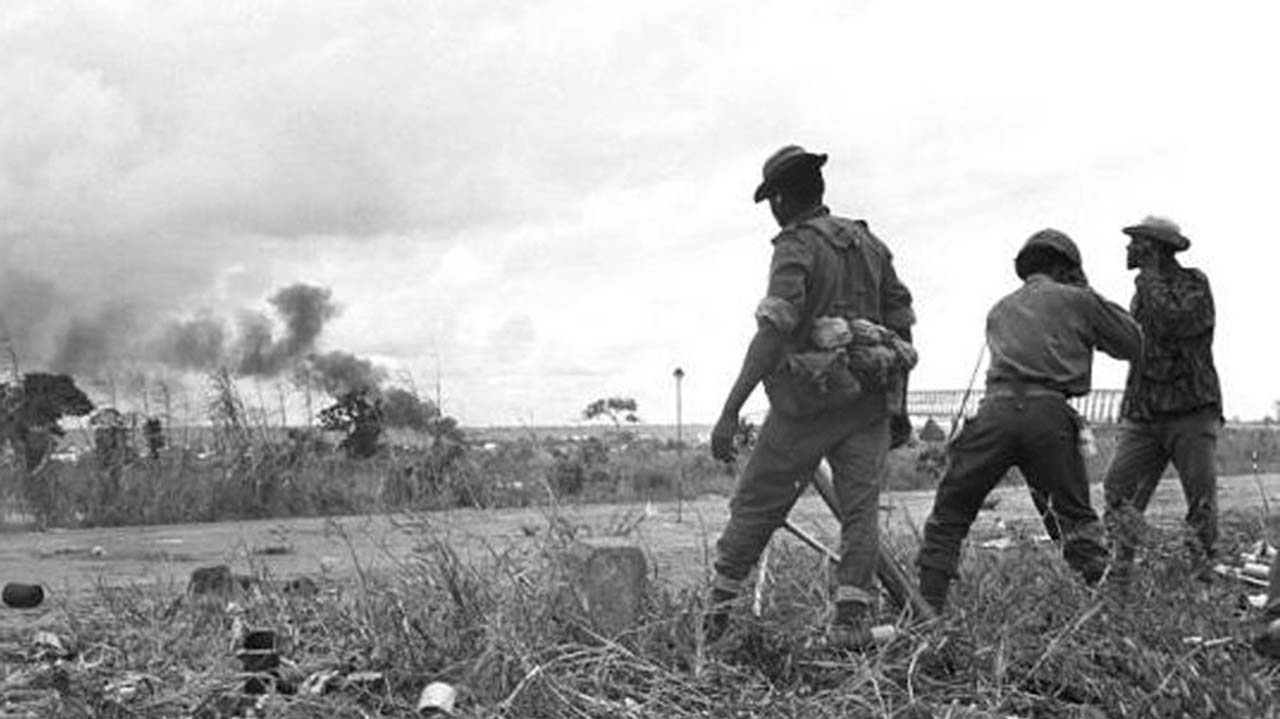 Soldiers during the war

For the past 52 years, the people of Asaba in Delta State have been living in deep sorrow and anguish. They have been swimming in the ocean of misery and trauma as a result of the Nigeria-Biafra civil war.

Honourable Chike Osadebey, son of Dennis Osadebey, former premier of the now defunct Mid-Western Region of Nigeria, told Daily Sun in Asaba last Thursday that because Asaba is a closely-knit community, every family was a victim of the “abomination in Asaba,” as Chinua Achebe described it.

“If you dig deep, it seems that everybody in Asaba is related to one another, so we were all affected. I had uncles, aunties and cousins, who lost their lives in the attack. We are pained that such a thing could happen that at point blank people could just be rounded up and wasted summarily in such a manner. It is genocide. We are from Asaba and it touched every family,” he lamented.

Indeed, five decades after, the Asaba mass murder is still a living trauma and tragedy.

It was alleged that the massacre was carried out to teach the Mid-Western region a bitter lesson “for their sympathy for the Biafrans.” Barely three months into the war over the declaration of the Republic of Biafra, the federal troops descended on the small town on the west bank of the River Niger.

Like possessed beings, the federal troops went on rampage, ransacking and vandalising homes, killing every man sighted and destroying homes, among other things.

The killings took another horrendous dimension on October 7, 1967. That day, hundreds of men, women and children came out chanting “One Nigeria” in support and solidarity with the federal troops. Many of them came out in their best customary white attire (akwa ocha). But the military had other plans.

They took the innocent citizens to Ogbeosowa area of the town. There, they killed hundreds of men in cold blood.  And Asaba laid prostate, in ruins. A town without men.

The order for the killing was reportedly given by Maj. Ibrahim Taiwo. Ironically, Taiwo, as military governor of Kwara State, was beheaded during a coup in 1976, reinforcing the saying that those that kill by the gun will surely die by the gun.

A witness of the mass murder, Dr Cyril Uchenna Gwam, said: “The Nigerian troops that came into Asaba came with the aim of eliminating every Asaba man as they thought they were fathers, brothers and uncles of Chukwuma Kaduna Nzeogwu, the leader of the first Nigerian coup in 1966 that killed Sarduana of Sokoto, Sir Ahmadu Bello.

“Major Nzeogwu was from Okpanam town, which was five kilometres drive from Asaba. It would interest you to know that every Okpanam person regards himself or herself as an Asaba person.  I would rather say those soldiers that came to Asaba were on a revenge mission and not after the Biafrans. But the question everybody is asking is, why would they descend on unarmed innocent civilians? It was an international calamity of which the International Criminal Court should have passed serious sentence against Ibrahim Taiwo and his cohorts for the implacable crime.”

Gwam, who saw death with his eyes but escaped by the whiskers, said that one of his uncles, Okonkwo, and himself were about to join those dancing at the square when his uncle spoke Hausa and one of the soldiers, who heard him, asked them to return to the house.

He further said that when the federal troops opened fire on the defenceless residents, Ibrahim Taiwo was excitedly shouting: “Kill them all! They are all unbelievers.”

According to him, the mass murder was not a one-off thing.

The Asagba of Asaba, Prof. Edozien said the people did not know that the attempt to embrace the federal troops was a game of death. According to him, every village prepared and went to Ogbeosowa Square, thinking that they were coming to receive their friends but the reverse was the case.

The monarch, at a point, wept profusely as he reflected on the horrendous civil war.

He said that he narrowly escape being slaughtered.

“When we got there, they separated the men from the women. The next thing we saw was that they opened fire. They surrounded our people with machine gun and they slaughtered them in thousands. Some of us who were able to escape were those that bead bodies fell upon.

“I didn’t know there another killing field, CMC Field at Ogbeosowa. Men and women filled the place. They told us to dig graves, face the graves and start saying our prayer. I was praying with other people when one Land Rover arrived. It was Barb Ali, my classmate at New Ethel College, Onitsha. He called me Sunny and asked what I was doing there. I told him I was from Asaba, that I came to join my people. He commanded me to enter the vehicle immediately and I did. One other person, John Okonyia, entered too. A few seconds after we drove out of the place, they opened fire on our people. The whole people there were mowed down. The women buried those men killed. The women went through the bodies looking for their own people because everybody wore akwa ocha. So, if you recognised anyone that you know, you take the body and bury. Vultures were feasting on the dead, puncturing their stomachs,” he lamented in Igbo.

Although the soldiers raped so many women, both young and old, they “married” so many others.

After 52 years of living with the trauma, it appears do not want to dwell in bitterness and would rather move on. Therefore, the leadership of the Asaba Development Union Worldwide seeking some form of reparation from the Federal Government apart from tendering an apology. The President General of ADU, Professor Epiphany Azige, said the least they could ask for is a university at Asaba.

Last line: When Daily Sun visited Ogbeosowa last Thursday, a cenotaph had been erected in memory of the victims, with their names inscribed on the wall.