He said the Command will not relent in arresting those sabotaging the effort of governments in providing infrastructure to its citizens. 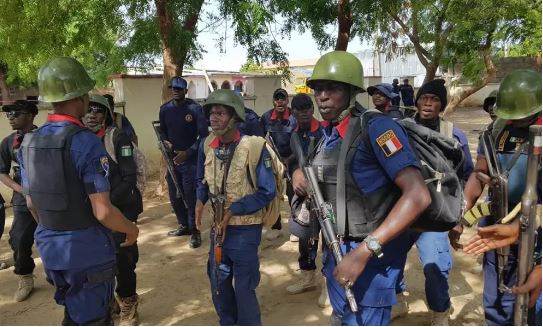 The Jigawa State Command of the NSCDC have arrested two suspects for alleged theft of transformer parts in Birnin Kudu local government.

Spokesman of the command SC Adamu Shehu stated this in a press statement issued to DAILY POST in Dutse.

He said the suspects were arrested on Monday for alleged vandalization of 300 KVA electricity transformer meant for the supply of electricity to the State Seed Center.

Those arrested including Sa’idu Zakariyya (60)years old a security guard at the Center and Sani Mohd (32) year a former staff of retrenched NEPA both of Birnin Kudu Local Government.

Shehu said the two suspects were accused for connivance to steal several parts of the transformer including coil and transformer oil. He said the vandalized item where recovered at Abubakar’s shop in Kurmi market, Kano who used to buy the stolen properties.

The suspects confessed to have committed the crime and will be taken to court for possible prosecution. The State NSCDC Commandant Alhaji Garba Muhammad affirmed his commitment towards fighting Vandals and any act of Vandalization in the State.

He said the Command will not relent in arresting those sabotaging the effort of governments in providing infrastructure to its citizens.