A leading campaigner for operation Amotekun, Governor Akeredolu has said he doesn't care if his quest will stop him from getting a second term. 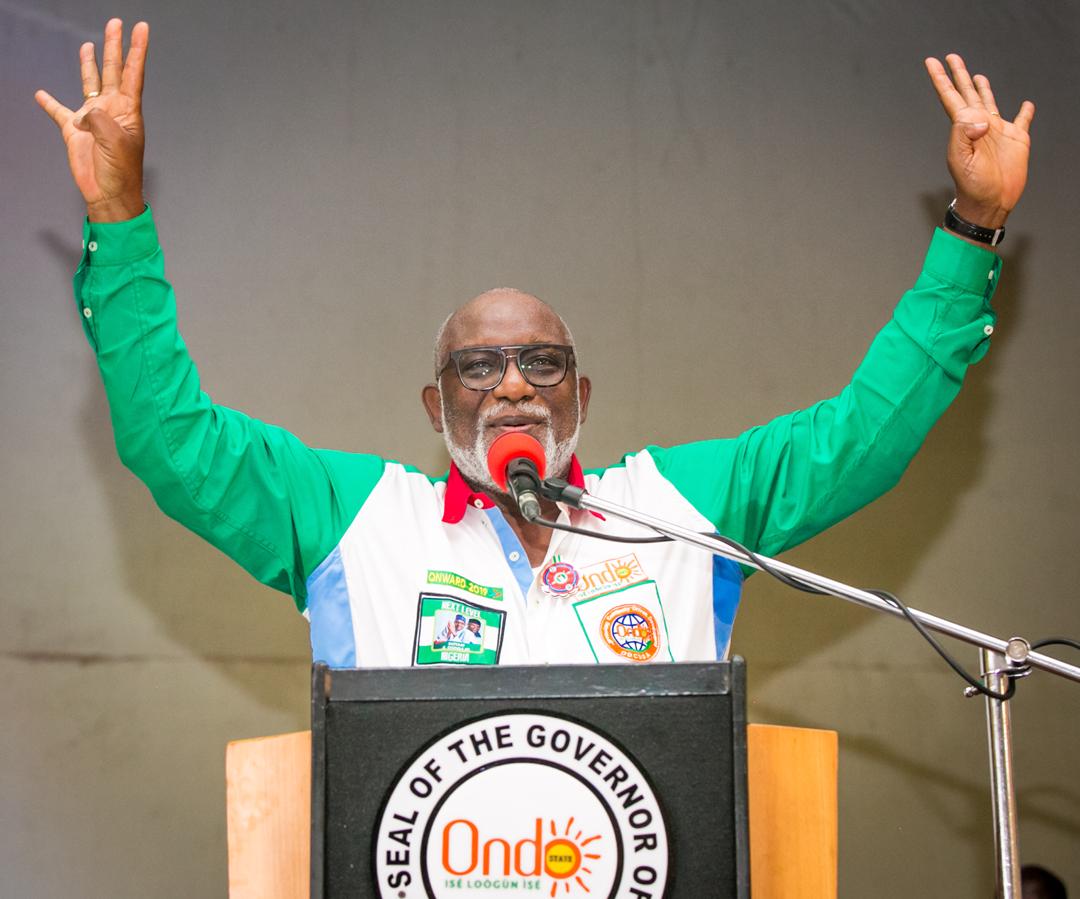 Governor Rotimit Akeredolu
Governor of Ondo State, Rotimi Akeredolu, has said that he is not disturbed over whether ‘Operation Amotekun’ may affect his chances of getting a second term in office.
According to Sahara Reporters, Akeredolu, who is Chairman of South West Governors Forum, said he was only on the path of national cohesion with the collaborative internal security by the formation of Amotekun and not for any political ambition.
In a statement by his spokesman, Donald Ojogo, the Ondo State governor said that he will not be discouraged by the de-marketing of the regional security outfit aimed at addressing the daunting security challenges in the South-West.
He said, “In the case of Governor Oluwarotimi Akeredolu (SAN) of Ondo State, it is pertinent to state that he is not perturbed by the possible consequences of leading governors of the South-West in the formation of Amotekun.
“In particular, fears and apprehension have been expressed in many quarters that his role in the formation of Amotekun could affect his second term chances.
“This is far from the truth because Governor Akeredolu is on the path of national cohesion through collaborative internal security.
“The decision taken in respect of Amotekun was in the interest of the entire country and not the South-West alone.
“The political insinuations and blackmail are the required ingredients needed to make it credible. But such will not discourage the governor in any manner.”
Top Stories