Meanwhile, Liverpool manager, Jurgen Klopp, has recently admitted that Mbappe is too expensive for the club. 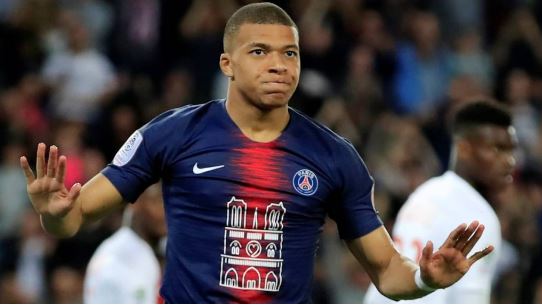 Paris Saint-Germain forward, Kylian Mbappe has praised Liverpool for not losing any games in the Premier League so far this season.

Mbappe described Jurgen Klopp’s side as a ‘machine that just wins and wins’.

The 21-year-old, who has been linked with a move to Liverpool, also said he is ‘100%’ with the French Ligue 1 champions, adding that he wants to help the Thomas Tuchel’s side grow and win trophies this season.

“What Liverpool do in this moment is amazing,” the France World Cup winner told BBC.

“They’re like a machine, they’ve found a rhythm and are like “we play again, we play again”.

“Now I’m with PSG and I’m 100% with the club. I want to help the club grow this season, to win a lot of titles, so for me it’s not good to talk about [my future],” Mbappe added.

“I think about the club because the club helped me. I came here at 18. I was a talent but I was not a superstar. Now I’m a superstar, thanks to PSG and the French national team.

‘I have to stay calm and stay focused on PSG. After that, at the end of the season, we will see. But now I’m focused on my game.”

Meanwhile, Liverpool manager, Jurgen Klopp, has recently admitted that Mbappe is too expensive for the club.

Klopp said: “Buying this calibre of player is difficult. I don’t see any club at the moment who can buy Kylian Mbappe from PSG.”