A purse gun has been invented by an Indian inventor to protect women from rapists. 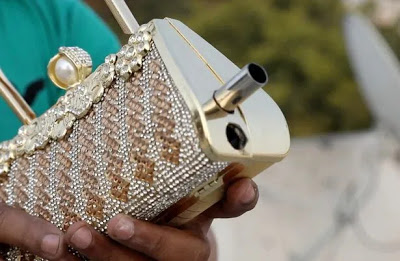 A range of security gadgets aimed at arming women against sexual assaults has been unveiled by an inventor.

Shyam Chaurasia from the northern Indian city of Varanasi has developed a number of products fitted with built in guns for women, including lipstick, purses and shoes.

The inventor of the gadgets works at the Ashoka Institute of Technology and Management and claims the lipstick is designed to be an innovative way of "dispersing" a potential attacker rather than shooting them.

Priyanka Sharma, who lived close to the test site tried it out for herself said: "I like it very much and I am sure everyone will also like this.

"This will be very important for women because crime against women is increasing everyday."

Speaking about his inspiration, Shyam told news site Ruptly he designed the prototype device after seeing an increase in crime against women.

"The lipstick gun is especially for women's safety, not only for Indian women, but wherever women are facing harassment and rape," said Shyam.

"In case the woman is in trouble or anyone tries anything and she is not carrying a mobile phone, she can press a button on the lipstick gun which is linked to Bluetooth and it will immediately make a call to the 112 emergency number and share her location with the emergency service, so the police can arrive to help her.

"Meanwhile, before the police arrive, the lipstick will also fire a [blank round] bullet and alert the public who can come to help her."

The news comes as women all over India have joined protests demanding an end to violence against women. 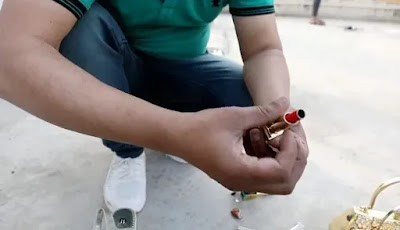 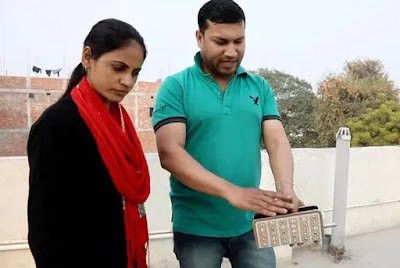